In the Desert with Six Women

The first erotic movies to use 3D were productions in which there was one or another sequence with naked women filmed in this process, and the rest of the work was in 2D. Among these movies are "Adam and Six Eves " (1960), by John Wallis, which narrates the adventures of a prospector lost in the desert who meets six women (Gabrielle Benett, Marianne Bennett, Shelly Forbes, Leigh Sands, Lorraine Sheldon and Barbara Stanley) willing to minimize his suffering. The movie originally had 3D sequels, but given the difficulty of being released commercially, it was re-released two years later in the normal format. 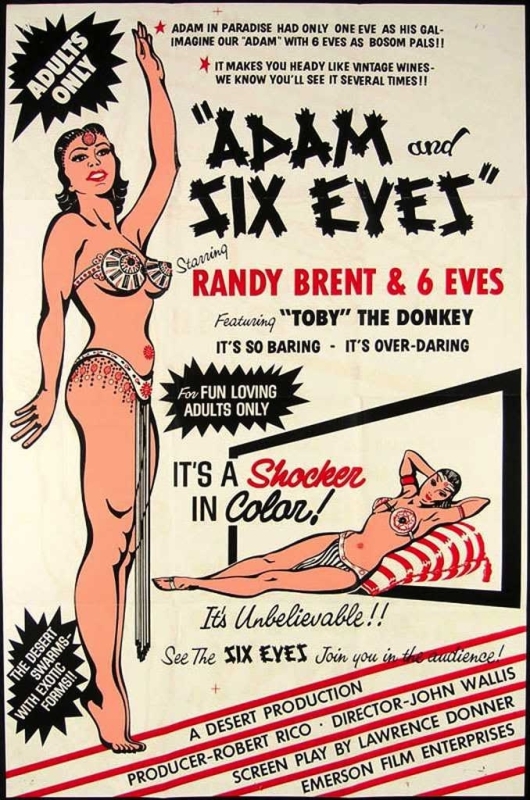 In 1962, Francis Ford Coppola, an unknown filmmaker at the time, was tasked with releasing a German film in the United States called " Mit Eva fing die Sünde an ", directed by Fritz Umgelter, filmed and added 3D color scenes to this work. The title was changed to “The Bellboy and the Playgirls ". The plot of the film is about a bellboy who spies on the most beautiful girls staying at the hotel. In the scenes filmed by Coppola they appear dressed in lingerie. 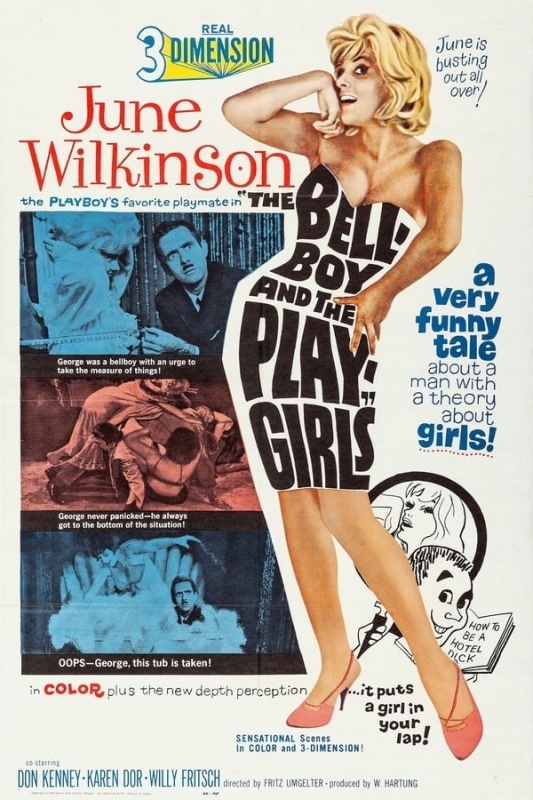 Like what Coppola did with "The Bellboy and the Playgirls ", producer Jack H. Harris re-released the film " Paradisio " (1962), by English director H. Haile Chace, in the United States, adding 3D color scenes. "Paradisio" (Fig.5) tells the story of a professor interested in photography who is given X-ray glasses that allow him to see under women's clothes. The few scenes that were in 3D featured simulated sex. 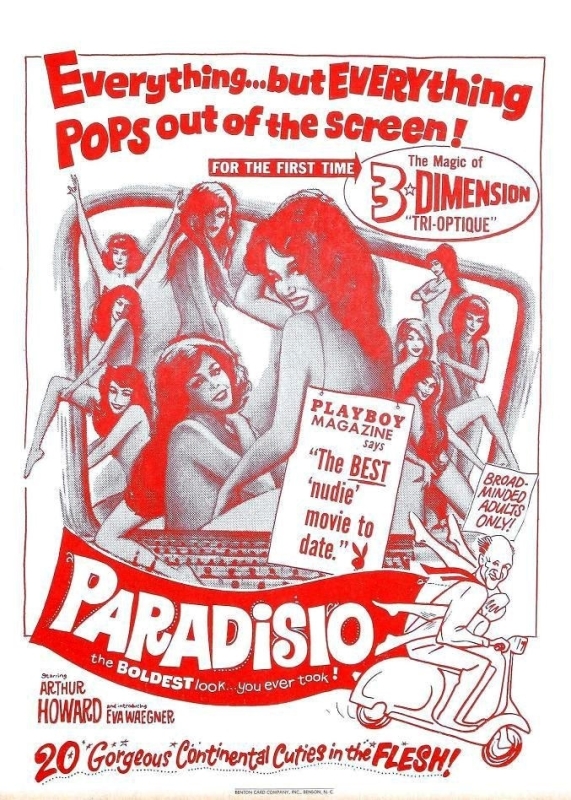 In 1967, Koji Seki directed " Hentaima " (Fig.6), known in some countries as "Perverted Criminal" or "Abnormal Criminal". The plot of "Hentaima" is typical of a pinku eiga production: a madman rapes and murders women, even practicing necrophilia. A woman manages to escape from the criminal and report him to the police. Soon after that, she is pursued by him, who seeks to kill her at all costs. “Hentaima ” is one of the first movies to have 3D simulated sex scenes shot originally with the rest of the production. 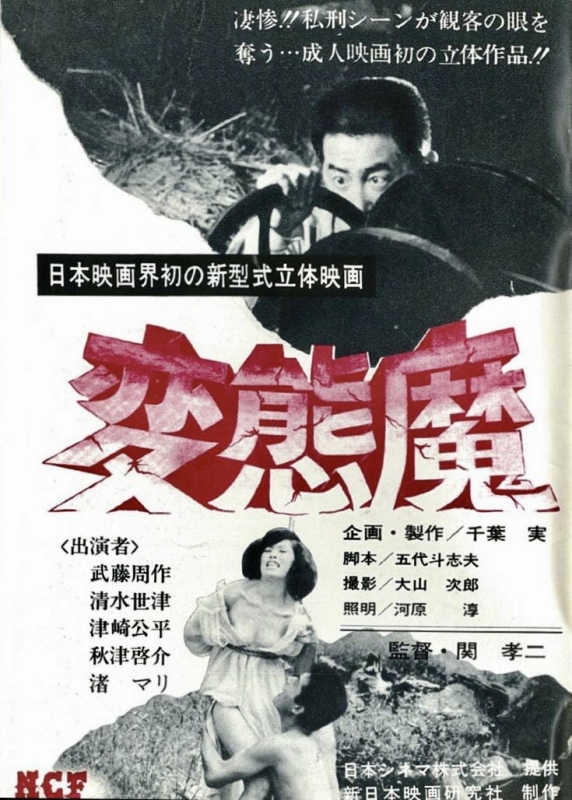 "The Stewardesses" (1969), written and directed by Allan Silliphant aka Al Silliman Jr., was also known for having 3D sex scenes filmed at the time of production. However, just like “Hentaima”, this production did not have explicit sex scenes. During the time it remained in theaters, “The Stewardesses” (Fig.7) had four different versions with variations in the amount of nude scenes and simulated sex. Only in 1981, the film would have a version with really explicit sex scenes. "The Stewardesses" became a box office success, being the sixth highest-grossing film of 1971. With a budget of $100,000, the film managed to bring in over $30 million at the box office. 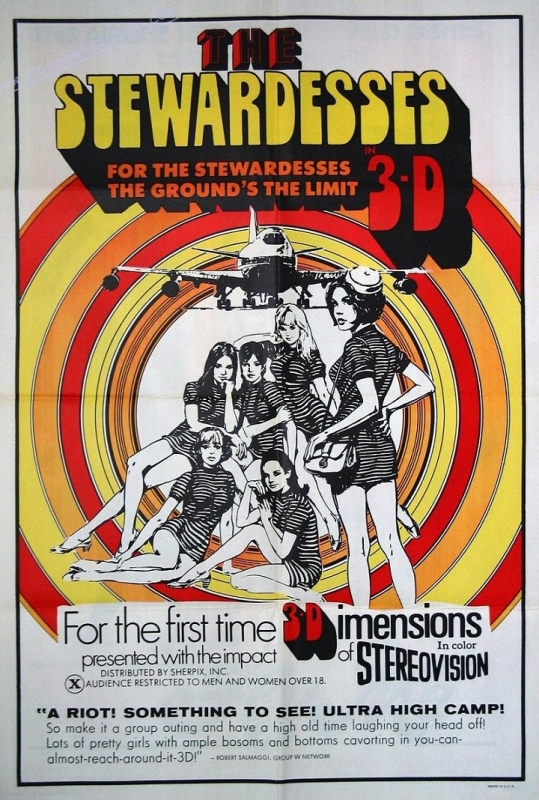 To Watch Or Not Watch: The Absurd Violence of A Serbian Film From Srdjan Spasojevic
12 oktober 2022

The Attraction of Extremes, Sex and Experimentalism in Behind the Green Door, by Mitchell Brothers
22 april 2022
Place comment