To Watch Or Not Watch: The Absurd Violence of A Serbian Film From Srdjan Spasojevic

Watching A Serbian Film is a challenge offered to those who are not afraid to face representations of what is most lamentable, grotesque and absurd in the human condition. Director Srdjan Spasojevic's first film, A Serbian Film premiered in theaters in 2010, generating much controversy in the places where it was shown, being banned in several countries: Philippines, Spain, Australia, New Zealand, Malaysia, Norway and Brazil. The film involves necrophilia, pedophilia and rape, and challenges the way censorship deals with such themes when acts of violence are represented realistically. 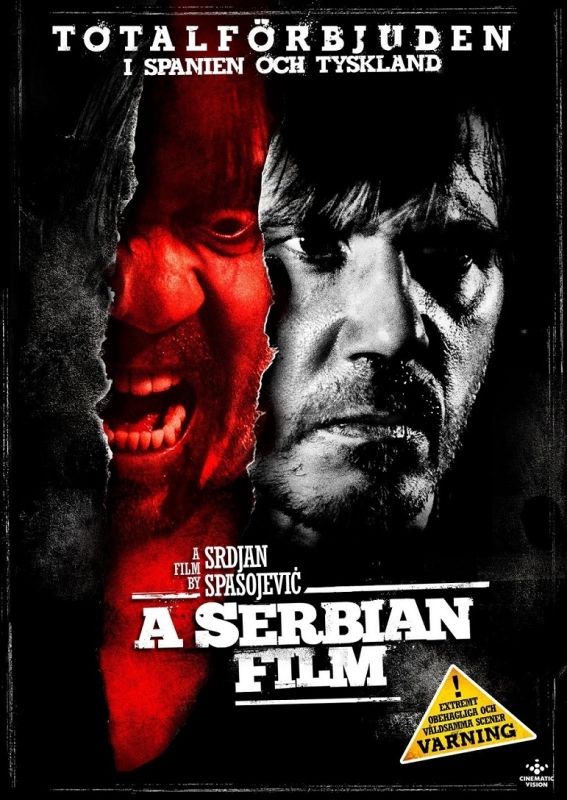 Fig.1. The tagline on this Swedish dvd cover of A Serbian Film reads 'Totally banned in Spain and Germany'

The reproaches that A Serbian Film received around the world maybe justified by the pedophilia scene that occurs at the climax of the film, but specifically at its end. Perhaps if this scene had been deleted, the film would not have generated so much controversy in the places where it was shown. However, thinking of A Serbian Film without it, it is to destroy all the criticism made by Srdjan Spasojevic to politically correct films made in modern Serbia, as screenwriter Aleksandar Radivojevic points out:

"We have become synonymous with chaos and lunacy. The title is a cynical reference to that image. A Serbian Film is also a metaphor for our [Serbian] national cinema— boring, predictable and altogether unintentionally hilarious which to a certain extent is commented on and subtly parodied throughout our film" (https://www.tportal.hr/magazin/clanak/ovdje-ce-te-cijeniti-jedino-kad-crknes-20090310).

There is no way to close the eyes to what happens on the screen, because A Serbian Film can be many things but never boring and predictable. As in Salò, or the 120 Days of Sodom, whose last Circle of Blood/Girone del Sangue is the most impressive, since all kinds of violence converge in it, the final sequences of A Serbian Film take the viewer to a circle of hell, where the sin is to be the victim. However, Miloš commits crimes, he is still a victim, as he is nothing more than a puppet in the hands of those who hold power and just want to have fun watching the misfortunes of others. Both in Saló and A Serbian Film the victims, in the end, have no chance to escape, as their bodies, living or dead, are mere objects for those who seek to have fun with them. Thus, if Pasaloni 's film constitutes a critique of authoritarianism from fascism, in which the individual is treated as an object by the state, A Serbian Film can be interpreted as an analysis of a power not necessarily linked to a party or an ideology but originated from diffuse forces that transit between the state and the economy.

A Cruel and Meaningless World

The fact that the director and screenwriter have chosen sex as a way of approaching a cruel and meaningless world, reflects how it can be a kind of weapon in a society that treats it in a banal way or with the rigor of moralistic behavior. Thus, sex in this film, although at first represented as a satire of pornographic films from the 1970s and 1980s, slips into the grotesque, by transgressing the parameters of normality that refer to it in our civilization. Perhaps, for this reason, it is possible to find similarities between A Serbian Film and Japanese films inspired by ero guro nansensu, since they exploit in sex every kind of paraphilia as a sign of society's degradation.

Like Oedipus who seeks the criminal without knowing he is, Miloš retraces the path of inhumanity itself. It is interesting to notice how the film inverts and deforms, in a purposefully grotesque way, the roles of Sophocles' play, at the moment when it is no longer the son, who, without knowing it, kills the father, but, now, it is the father who, drugged and manipulated, destroys his son. The situation becomes ironic and absurd, if we consider that for Miloš, as a pornographic actor, all sex bordered on childish games, without causing many consequences, and that now, retired, inserted in the adult world, his duties as a father and responsible for the family do not allow mistakes, carelessness. In one interview, the director Spasojevic confirms that: ‘A Serbian Film does not touch upon war themes, but in a metaphorical way deals with the consequences of post-war society and a man that is exploited to the extreme in the name of securing the survival of his Family” (Njegić, Marko (8 May 2010). “Redatelj Srđan Spasojević: Moj šokantni 'Srpski film' prokazuje fašizam političke korektnosti”).

Images featuring the more brutal scenes can be viewed in Premium. and you can also discover more background on Miloš' motives that set him on the path to monstrosity. Become a Premium member now and get instant access.

Have you seen the movie? If not, are you planning to? Leave your comment in the comment box below...!!

No, It's Not a Bible, Parody and Pornography in Tijuana Bibles
26 september 2022

Nothing But a Penis: The World As Pornography In Boogie Nights, By Paul Thomas Anderson
13 mei 2022
Place comment