Bestiality is a recurring theme within the shunga genre, such as dogs, cats and mice, who copulate next to a human couple. Perhaps the purpose was to compare the two and convey the idea that humans are also animals, simply acting as nature intends.

Sexual acts between humans and animals are also shown, but mainly in the form of a parody. Usually one human (either a man or woman) has sex with a single animal, typically a dog or a horse. Below some striking examples involving the latter and some rare ones with camels... 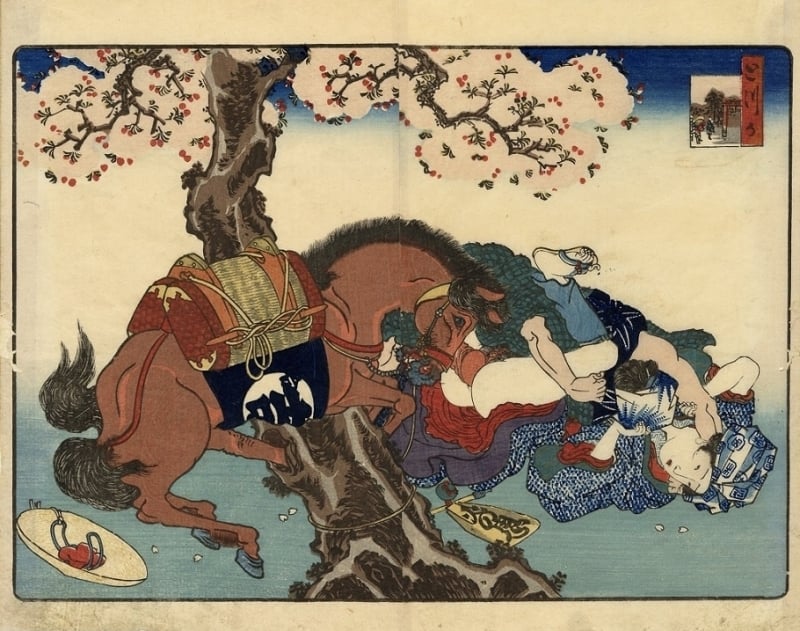 Fig.1. ‘Horse and rider making love’ (c.1835) from the series ‘The Floral Road to the Capital (Hana no miyakoji)‘ by Utagawa Kunisada

Kunisada displays his creativity in ehon (book) shunga here (Fig.1), with a horse mounting a blooming cherry tree while his rider forces himself on a country woman nearby. 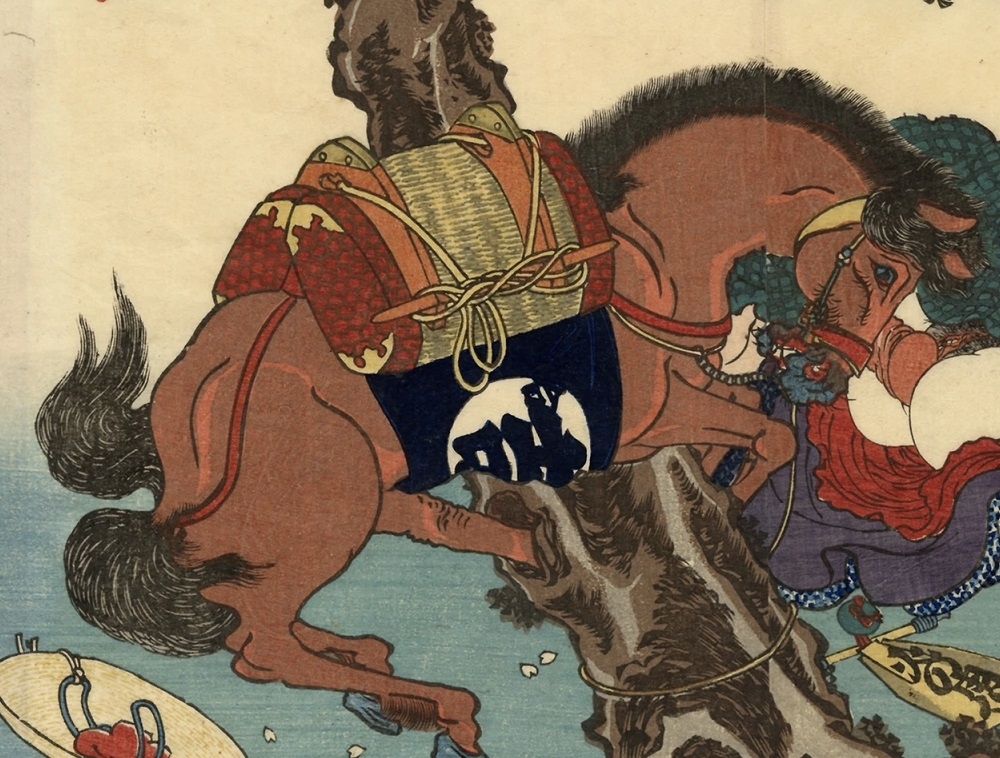 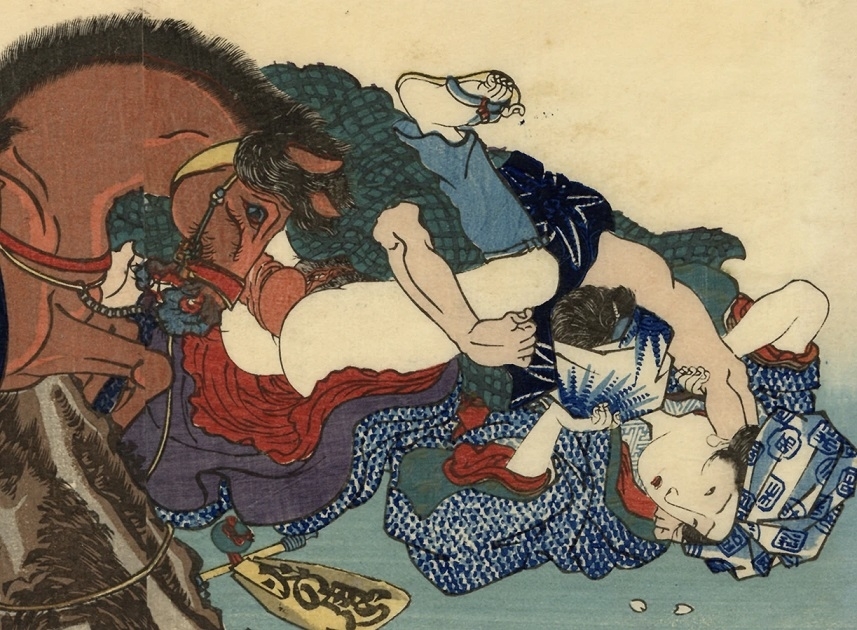 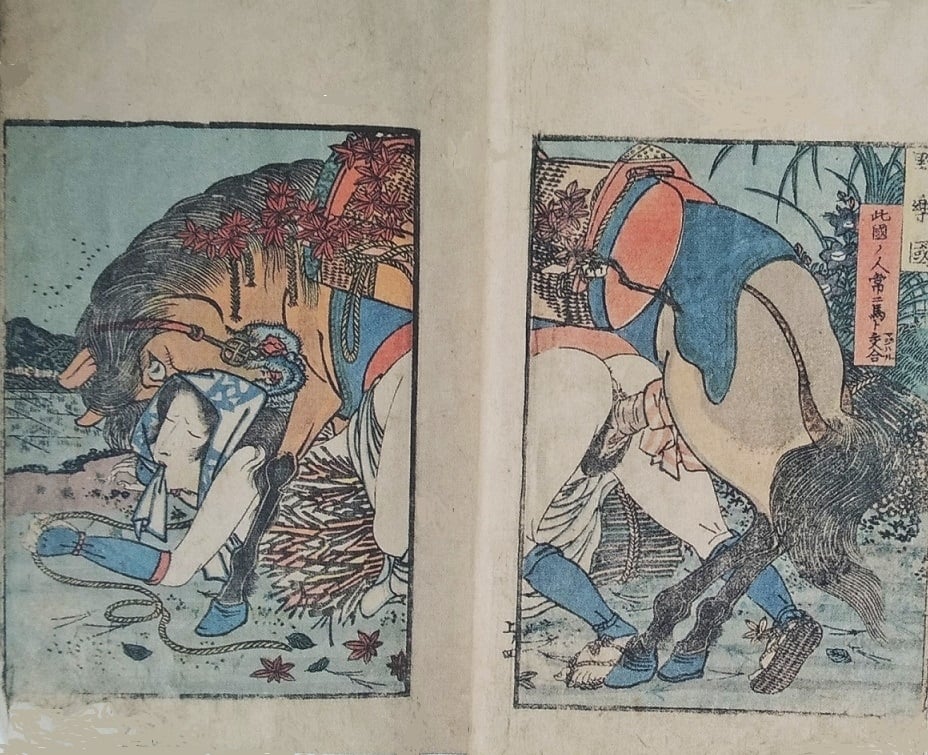 Farm women (Fig.2) are an often amusing character type in shunga, making love with their husbands or lovers while working in the field, but also being forced to have sex with local samurai. In general, shunga was created by members of the artisan class for wealthy merchants, both of whom in social terms were ranked lower than farmers and who were unfavorably compared by samurai with the latter as weak. This naturally caused resentment, which found humorous expression in, for example, portrayals of healthy farm women being strong enough to have sex with horses and oxen. 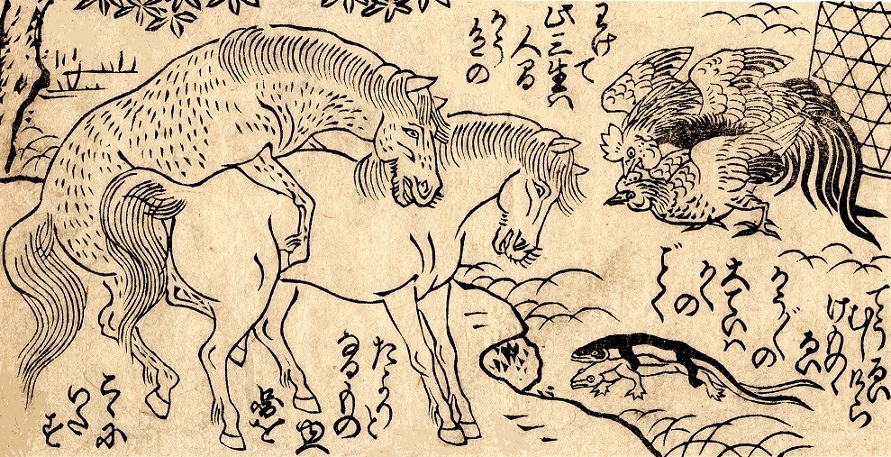 Inscriptions for figure 3 read: 'From fowl to insects and beasts, the basics of copulation are illustrated here. These three representatives of the types are useful as examples for human fornicating, and so illustrations have been included.' (Translation Andrew C. Gerstle) 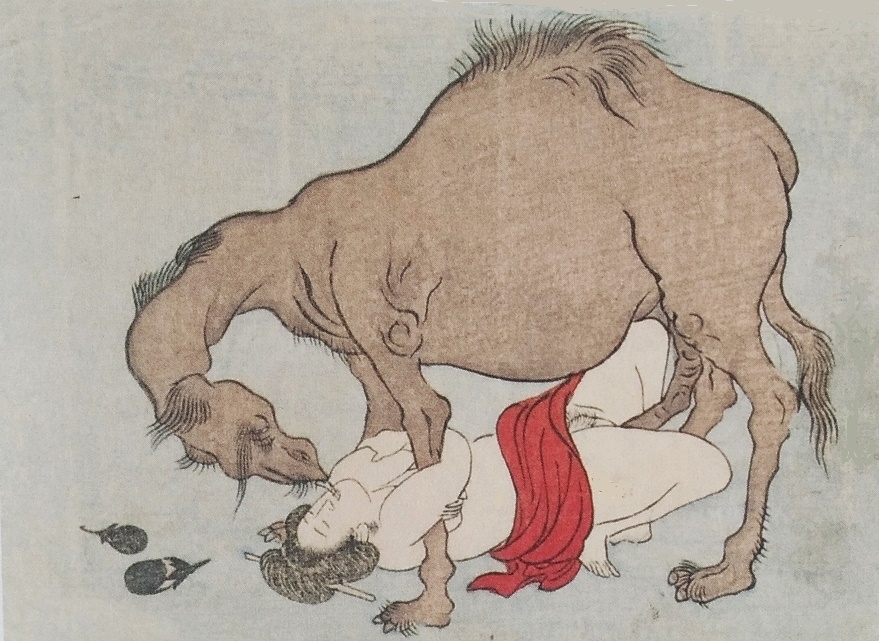 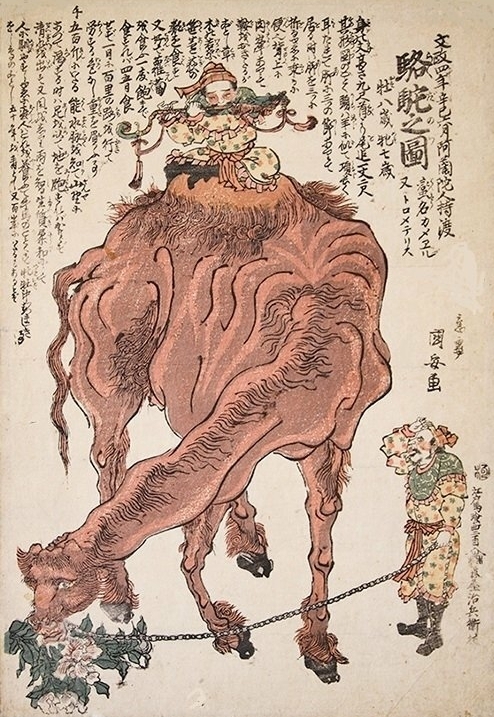 Figure 5 is not a shunga print but a so-called nagasaki-e (pictures from Nagasaki). In this case a camel is brought to the shôgun in Edo with the court journey of 1821. The inscription on the print reads: 'Two camels that were imported in the 6th month of the year Hunsei 4 (July 1821) in a Dutch ship. They come from a place called Mecca, in the country Arabia.' The Japanese enjoyed the implied pun, since the word for camel, rakuda, also means ‘it feels comfortable’. 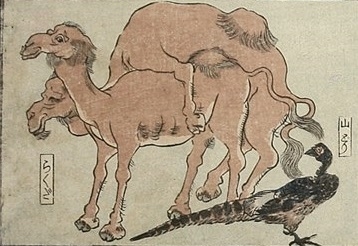 Fig.6. Detail of a fold-out page from an unidentified book series attributed to Utagawa Toyokuni (1769-1825) 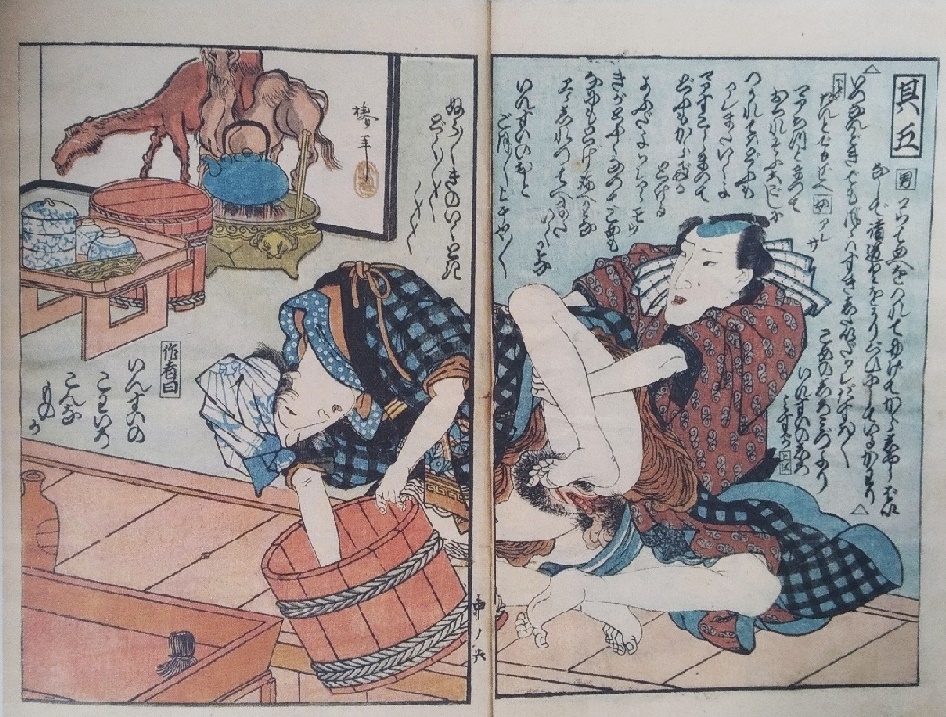 A maid or wife is being penetrated by the man of the house while doing the laundry (Fig.7). The folding screen in the background features a pair of dromedary camels. One of them seems to observe the human couple.