Both in Western and Eastern cultures, dolls are an important element of human life as we consider ourselves to be ‘homines ludentes’ (lit. Man the Player). In Japanese tradition, we can find a term iki ningyo or ‘living dolls’ (Fig.1) which was used since the early years of the Meiji period (1868-1912) to mean life-sized, non-mechanical nyngio forms “first documented in the early years of the Edo Period (1603-1868) and whose production continued well into the early 20th century” (Alan Pate).

In today’s article, we’ll examine the works of the German artist Hans Bellmer (1902-1975), best known for his book Die Puppe (1934), which includes photographs of the dolls constructed by the artist. 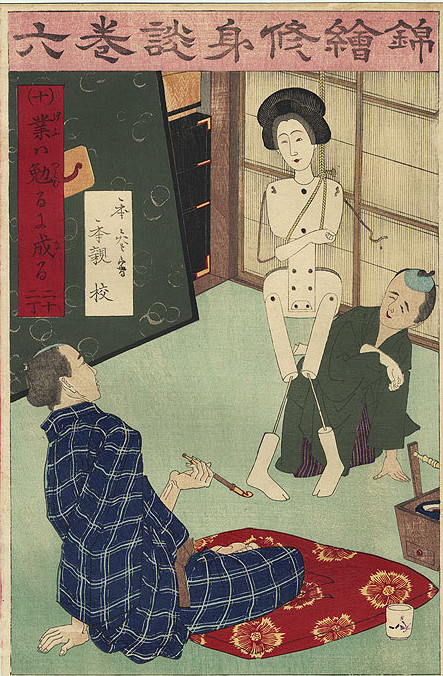 According to Sue Taylor, three significant events in the personal life of the artist made him construct the first doll: “the reappearance in his family of a beautiful teenage cousin, Ursula Naguschewski, who moved to Berlin from Kassel in 1932; his attendance at a performance of Jacques Offenbach’s Tales of Hoffmann, in which the protagonist falls tragically in love with the lifelike automaton Olympia; and a shipment from his mother of a box of old toys which had belonged to him as a boy.”

At that time, Bellmer realized his need, as he said, “to construct an artificial girl with anatomical possibilities …capable of re-creating the heights of passion even to inventing new desires.”

The idea, as one may notice, is much in the spirit of de Sade, who was determined to describe all possible and impossible people’s perversions in his works. Bellmer’s obsession with idyllic childhood and little girls, whom he fantasized of being engaged in perverted games, in its’ turn may trace back to the Victorian times. The doll, which Bellmer created, was a sort of compensation for the artist’s inability to return in his childhood and to approach the captivating world of the young maidens.

The first Bellmer’s doll was an assemblage appearing in the photos more real than the creator himself (fig. 2, fig. 3). But then, for better manipulating with an object, Bellmer changed the construction and made it less human-like, accenting the flexibility of the faceless flesh. This innovation will resonate in culture several decades later. 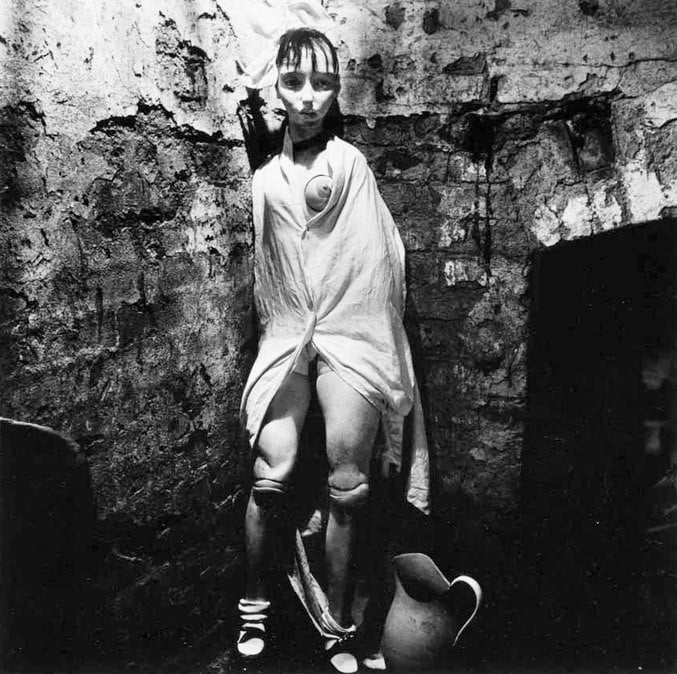 The second version of the doll was a ball-jointed mechanism. The doll had a spherical belly, which allowed Bellmer to attach a number of body parts and create different combinations. The photos of the inert construction with spread legs and exposed private parts could be a dark epilogue to a rape scene. 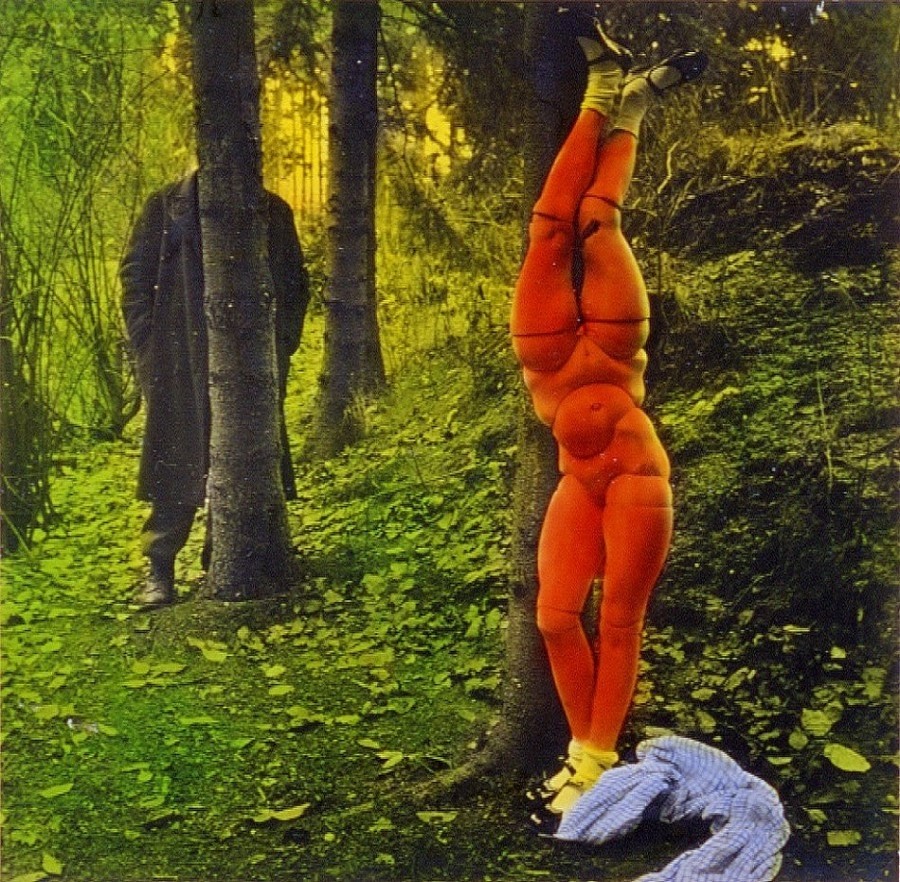 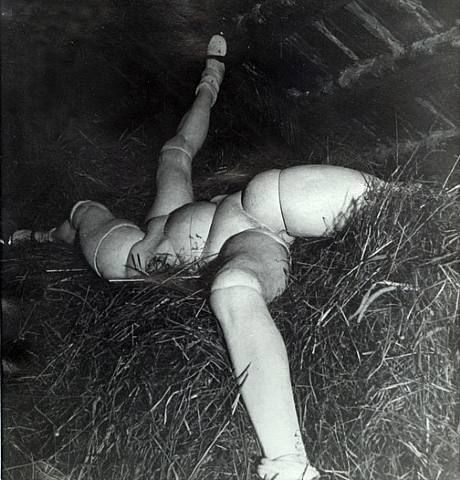 This inspired the designers of The Silent Hill 2 (2001) to create one of the most memorable monsters of the game (fig. 6). This creation, produced by the shattered mind of the main character, clearly points at his sexual frustration, as his wife, according to the plot, is deadly-ill. 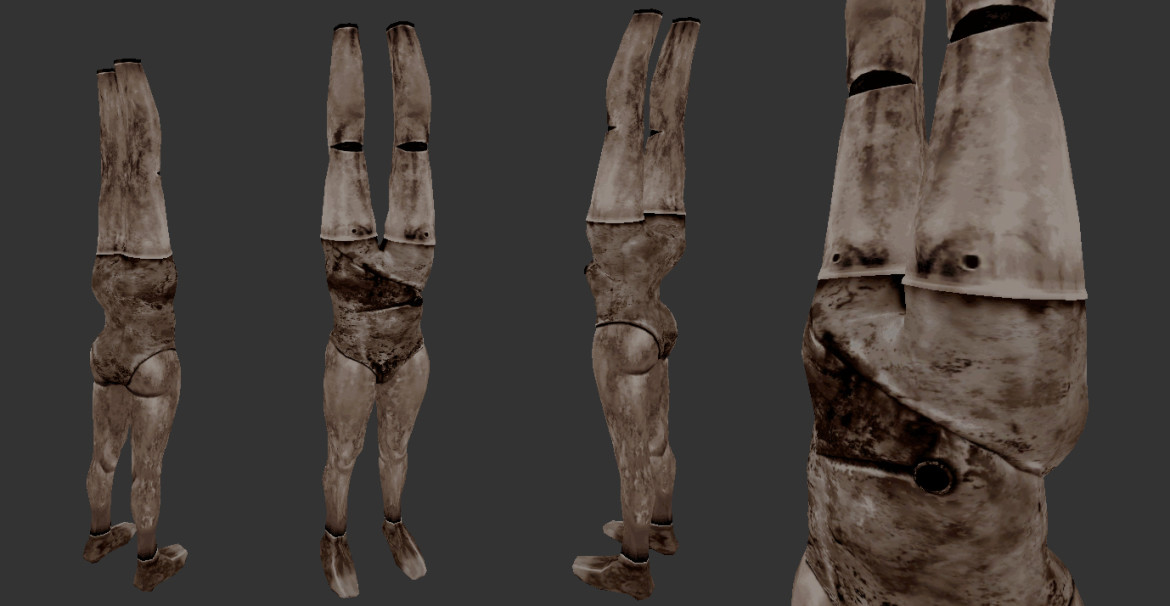 The story about Greek sculptor Pygmalion, who fell in love with his statue and successfully asked gods to bring her to life, is a well-known one. When Hans Bellmer met Unica Zürn in 1954, he gave to this old plot an insane twist. Unica Zürn was an author and artist, creating works in anagram poetry and automatic drawing.

Her novel Dark Spring is a story that is close to the subject of Bellmer’s interest: it describes the pubescence of a young girl, who discovers her transforming body. The collaboration between Zürn and Bellmer is notorious and resulted in some memorable photographs and collages (fig. 7, 8, 9). 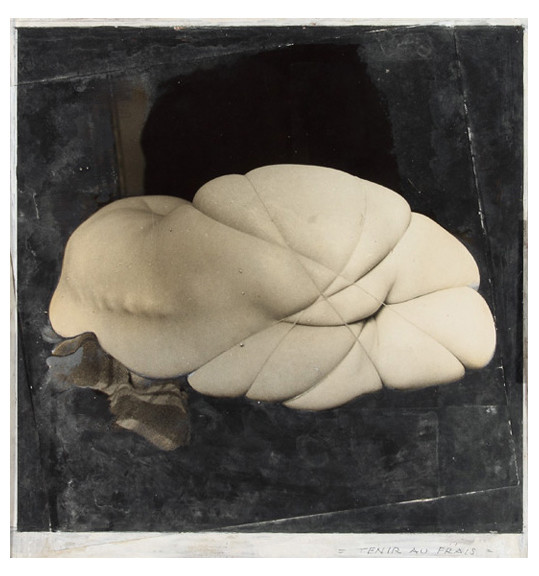 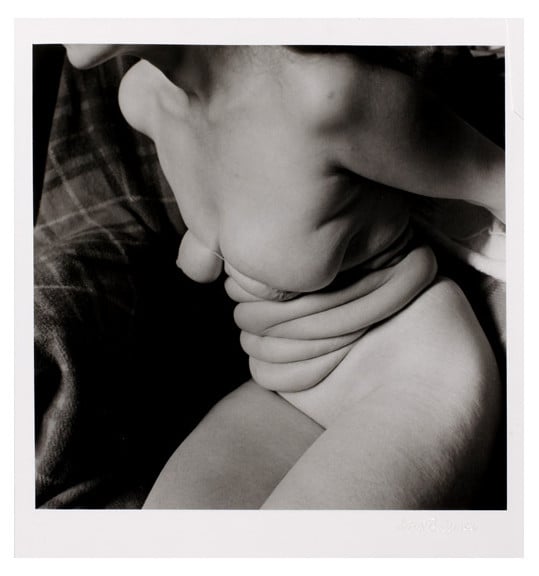 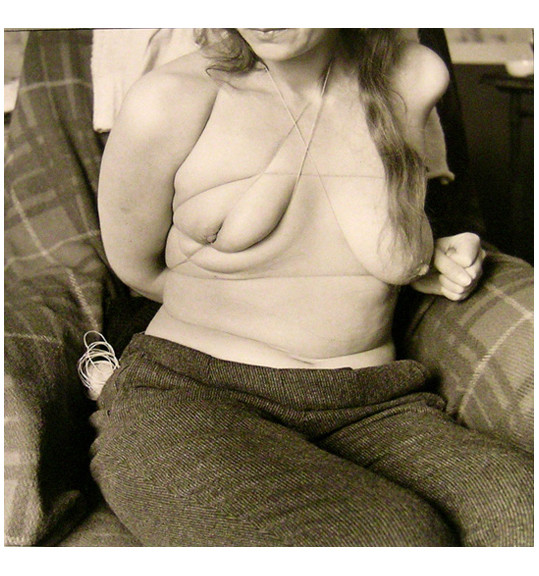 The series of photos of Unica’s tied body, which quite resembles Japanese kinbaku or shibari art, brings to one’s mind earlier Bellmer’s experiments with dolls. Unica’s body was transformed into a flexible matter as lifeless as ball-jointed constructions with four legs. This quasi-mythologic story has a predictable end that is symmetrically opposite to the ancient one. Statue was brought to death: Unica Zürn committed suicide in 1970.

Sources:
A. Pate. Iki ningyo: living dolls and the legacy of matsumoto kisaburo. URL: http://www.antiquejapanesedolls.com/pub_artinfocus/pub_iki/iki.html
S. Taylor. Hans Bellmer in The Art Institute of Chicago: The Wandering Libido and the Hysterical Body. The Art Institute of Chicago, 2001.
Images are taken from: https://www.ubugallery.com/exhibitions/bound/#; https://silenthill.fandom.com/wiki/Mannequin; https://yamtai.tumblr.com/page/312#6684378604 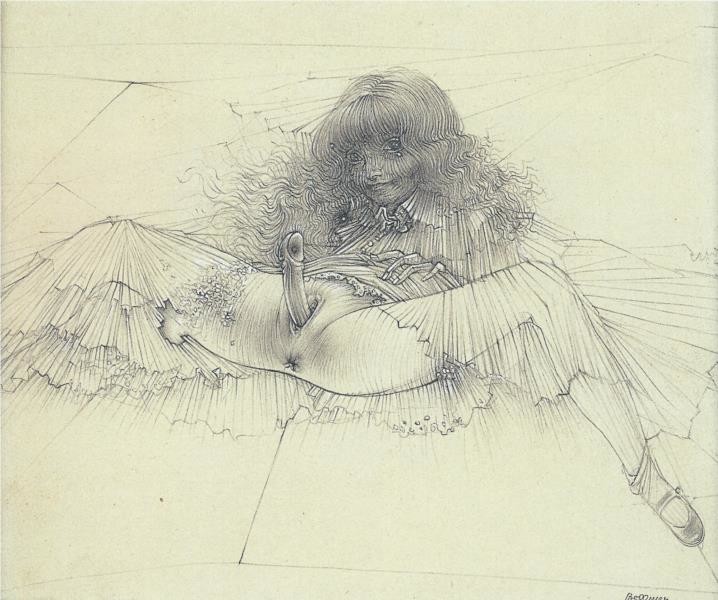 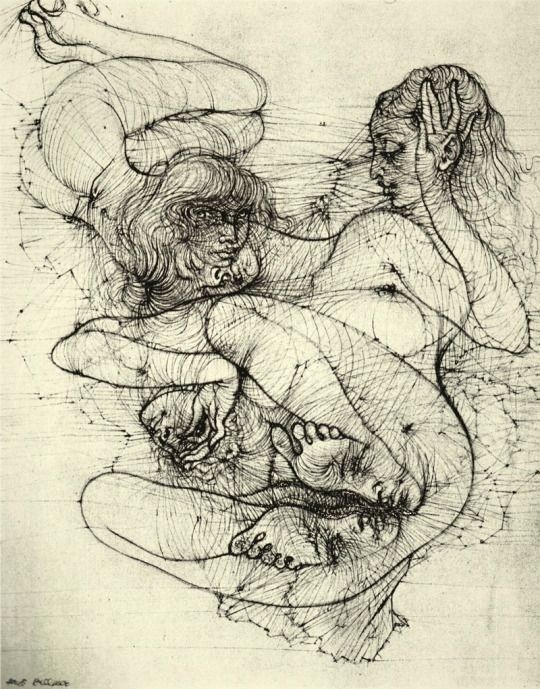 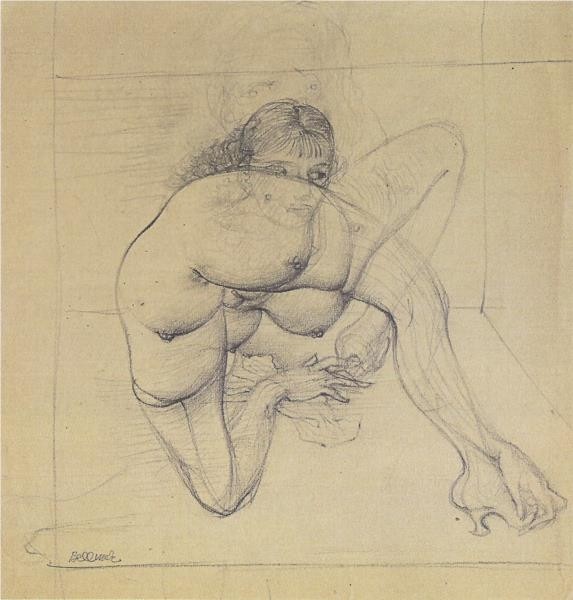 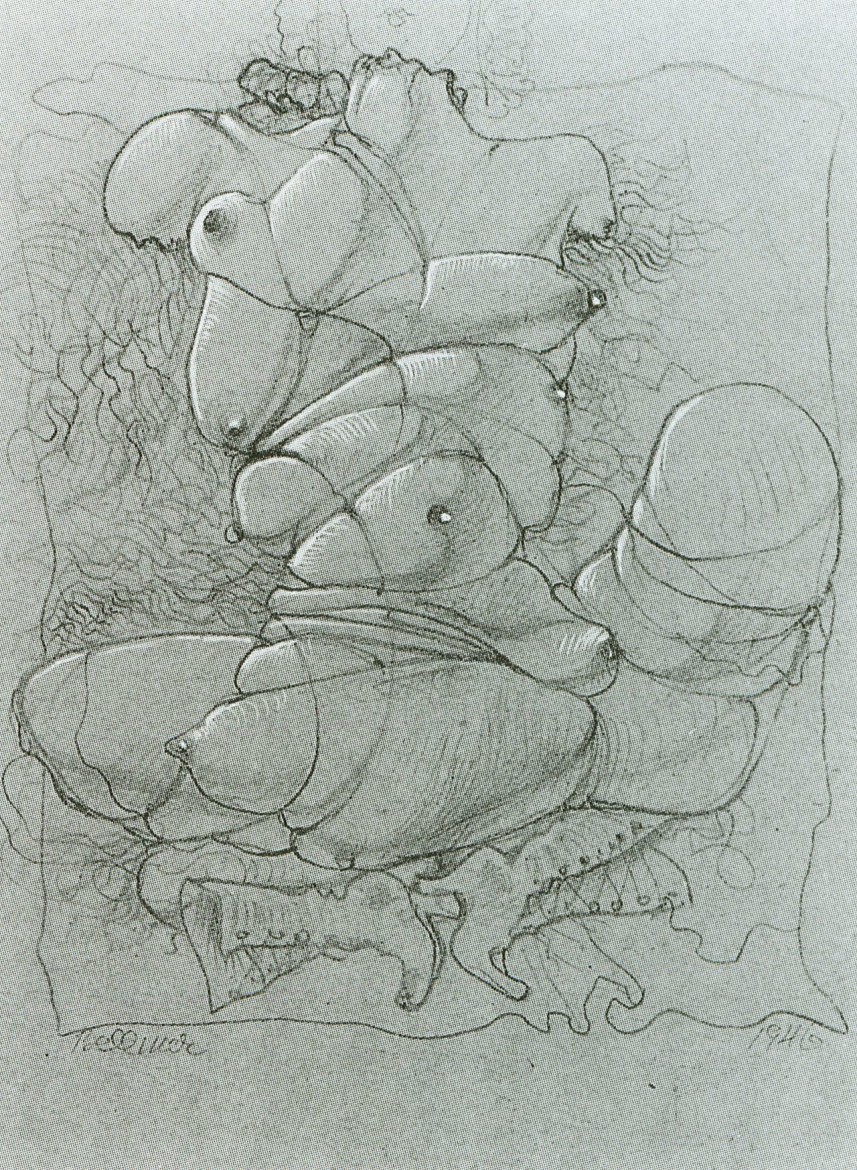 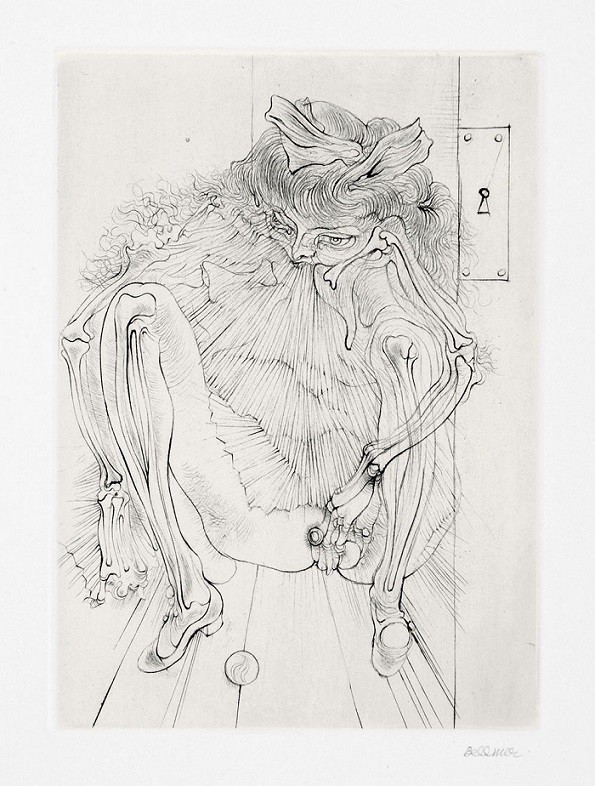 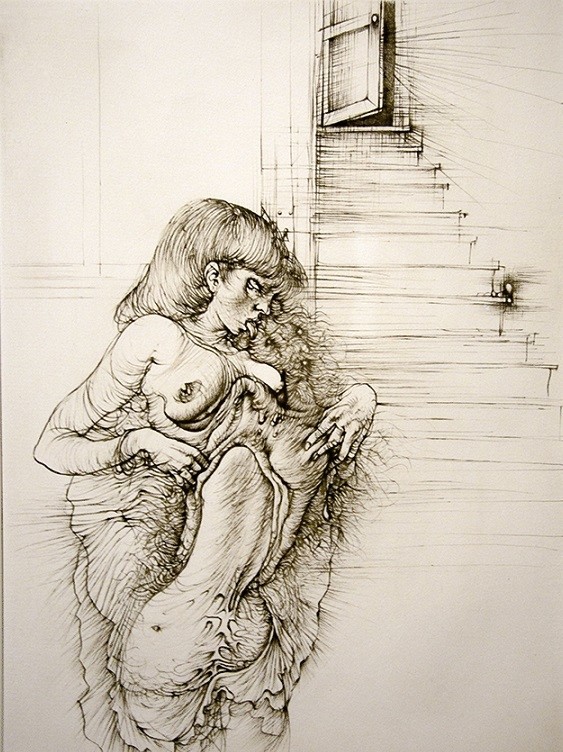 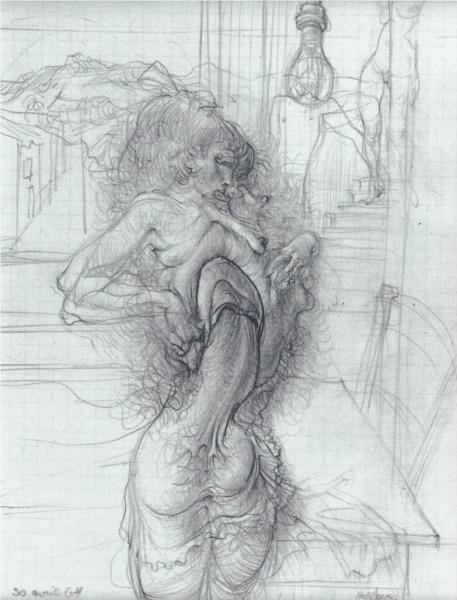 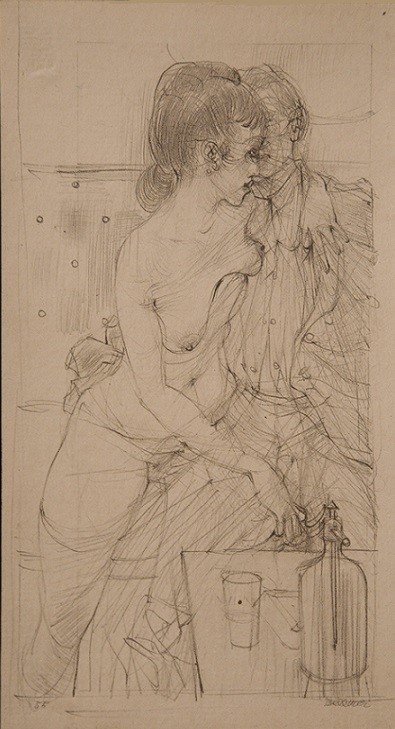 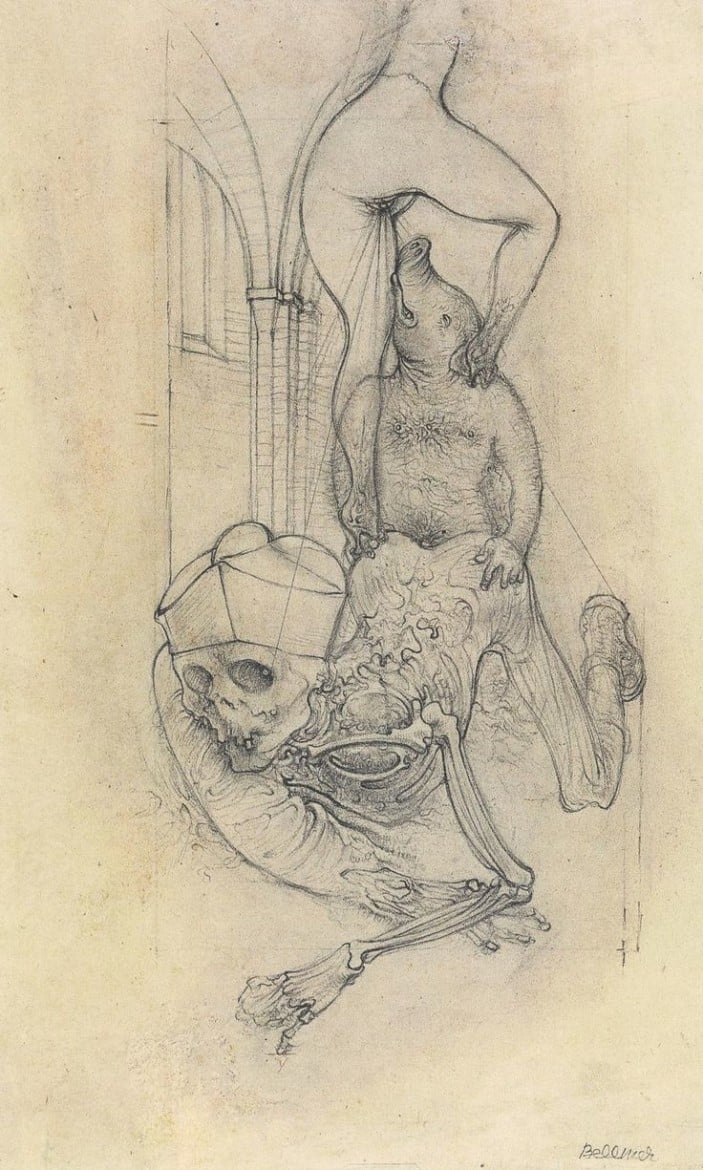 Please let us know your thoughts about the above art (or artist) in the comment box below….!!

Thanks a lot for this clear and insightful article on this extraordinary artist, Darya. I was not very familiar with his work, because it's not that inviting to me at first glance, but I still gained some nice insights. Thanks so much for your valuable contribution!

Thanks for posting this!