Today we’re going to take a look at the avant-garde paintings and photos by Luciano Castelli (born in 1951), who is a painter, sculptor, photographer, musician, and also has a talent for transforming himself into different personalities. This multi-gifted man was brought up in an artistic family: his father Cornelio Castelli was a talented painter.

Luciano began his way in the School of Applied Arts in Lucerne. Being in contact with representatives of the Swiss artistic world, such as painter Franz Gertsch and director of the Museum of Art Lucerne Jean-Christophe Ammann, Castelli became a significant figure in this environment very soon.

Ammann showed androgynous photos of Castelli in his exhibition Transformer – Aspects of Travesty (1974), where visitors also could see works of famous photographer Pierre Molinier, who later invited Castelli to be a model. 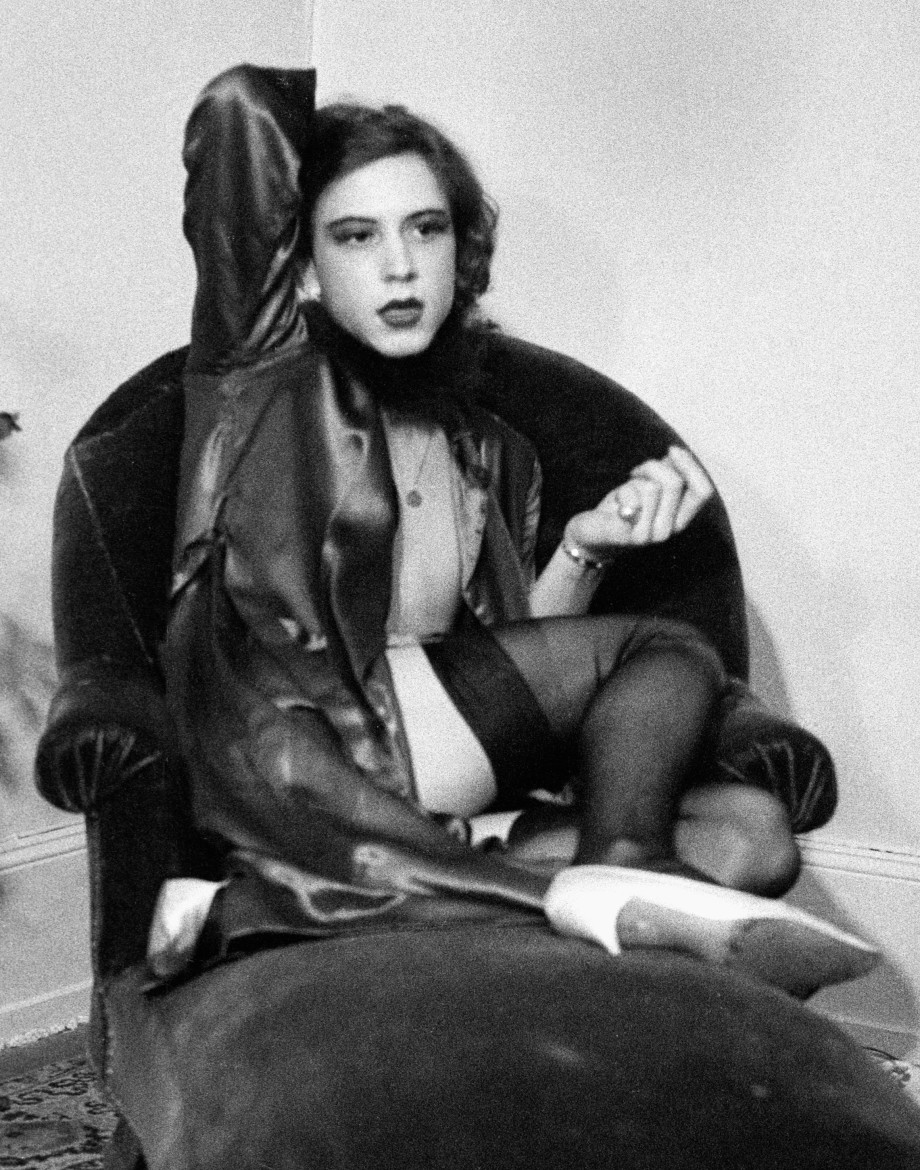 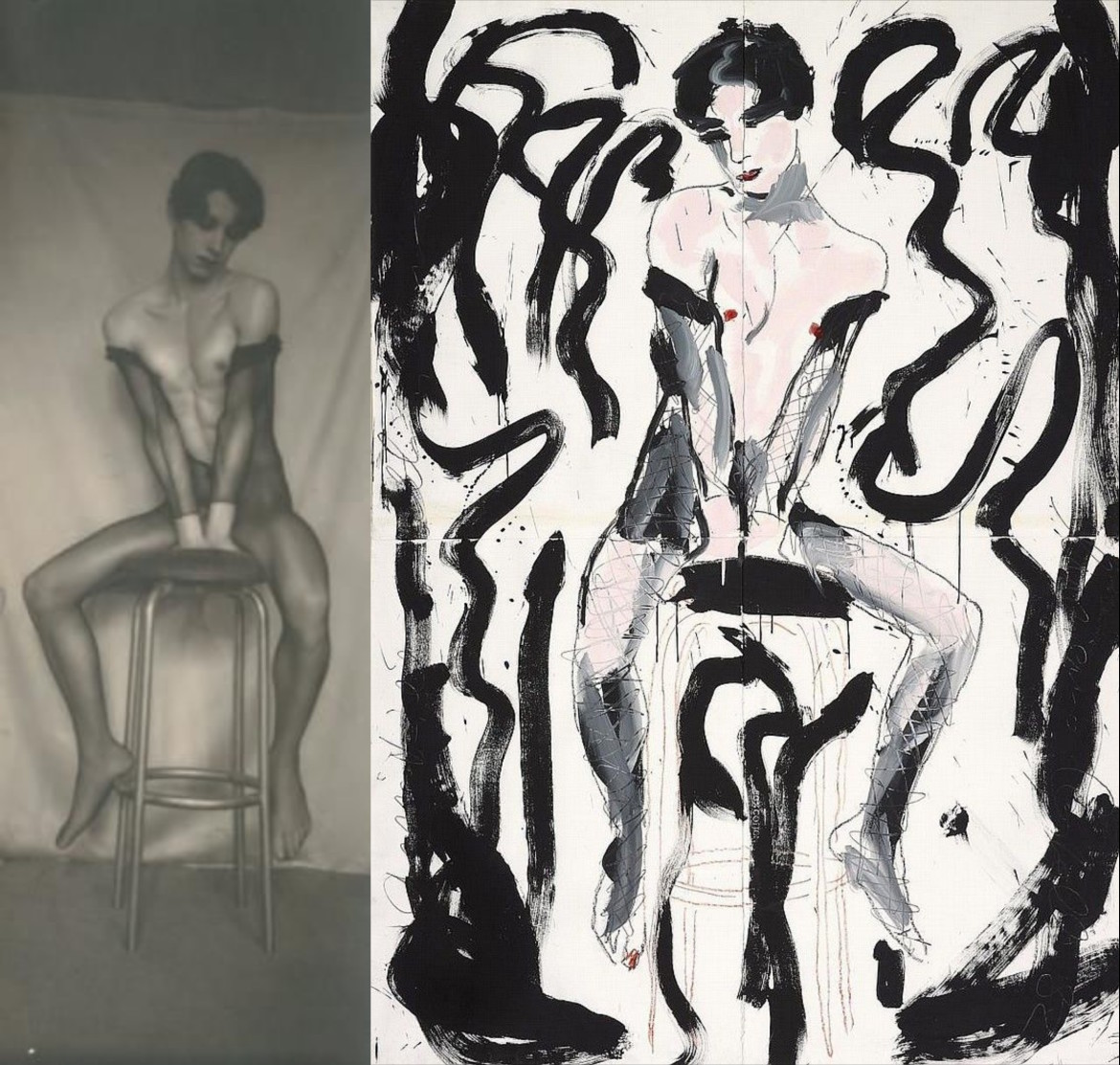 At the end of the 1980s, Castelli settled in Paris, where he met his wife Alexandra, who became a model for numerous paintings. At that time, he also began to draw so-called Revolving Paintings, which the viewer can rotate 360 degrees to see city landscapes, bodies, or faces. 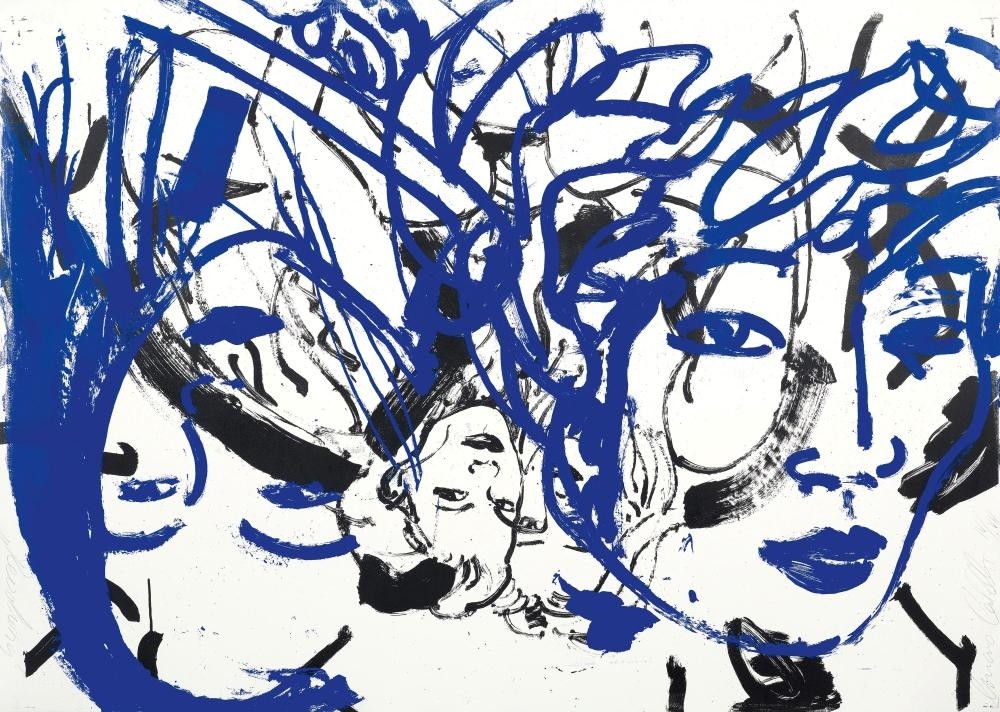 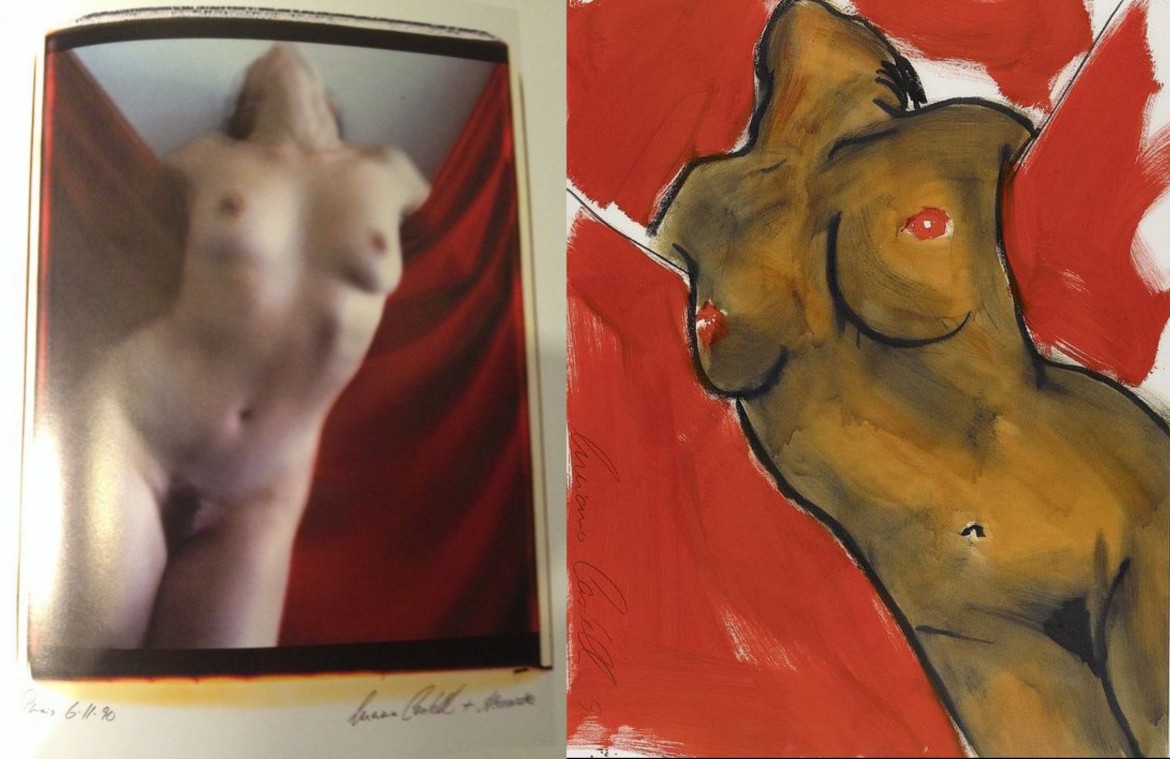 Nowadays, the works of Castelli are exhibited in Europe and Asia. In 2011, the portrait Luciano 1 (1976) by Gertsch was sold at Sotheby’s for 2.3 million Swiss francs. 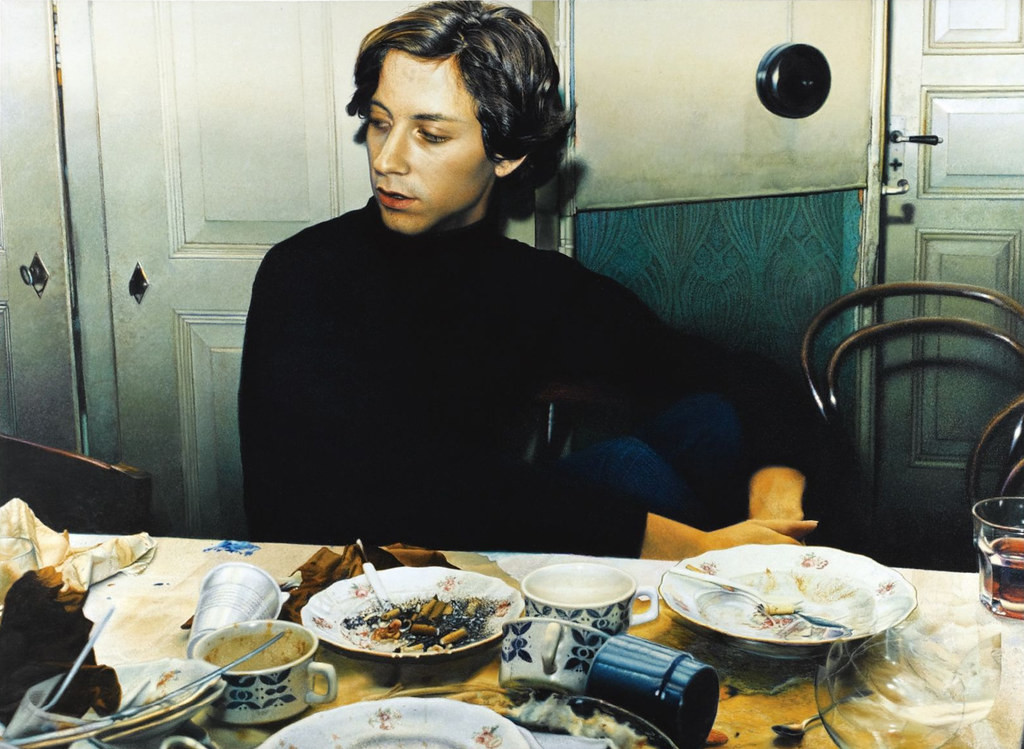 Castelli’s technique is comparable to Matisse and other expressionists. His photographs and paintings are inspired by the works of Mapplethorpe, Molinier, Modigliani, Kooning, Schiele, and lots of other artists. His female alter-ego Lucille, appearing on the photo made in 1973, reminds of famous Rrose Selavy, a character brought to life by Marcel Duchamp, the founder of dada movement.

Extraordinary proteism of Castelli draws the viewer’s attention to his works including Japanese, Indian, and Spanish self-portraits. In terms of his mimicry skills, Castelli can be compared to the chameleon. By the way, he pays homage to reptiles in a triptych Reptil Blau (1975), Reptil Grün (1973), Reptil Orange (1975).

Leda and the Swan

Modifying well-known ancient stories, Castelli creates his own myth, as it happens in his work Luciano und der Schwan (1976), based on a Greek legend about Leda and the Swan. 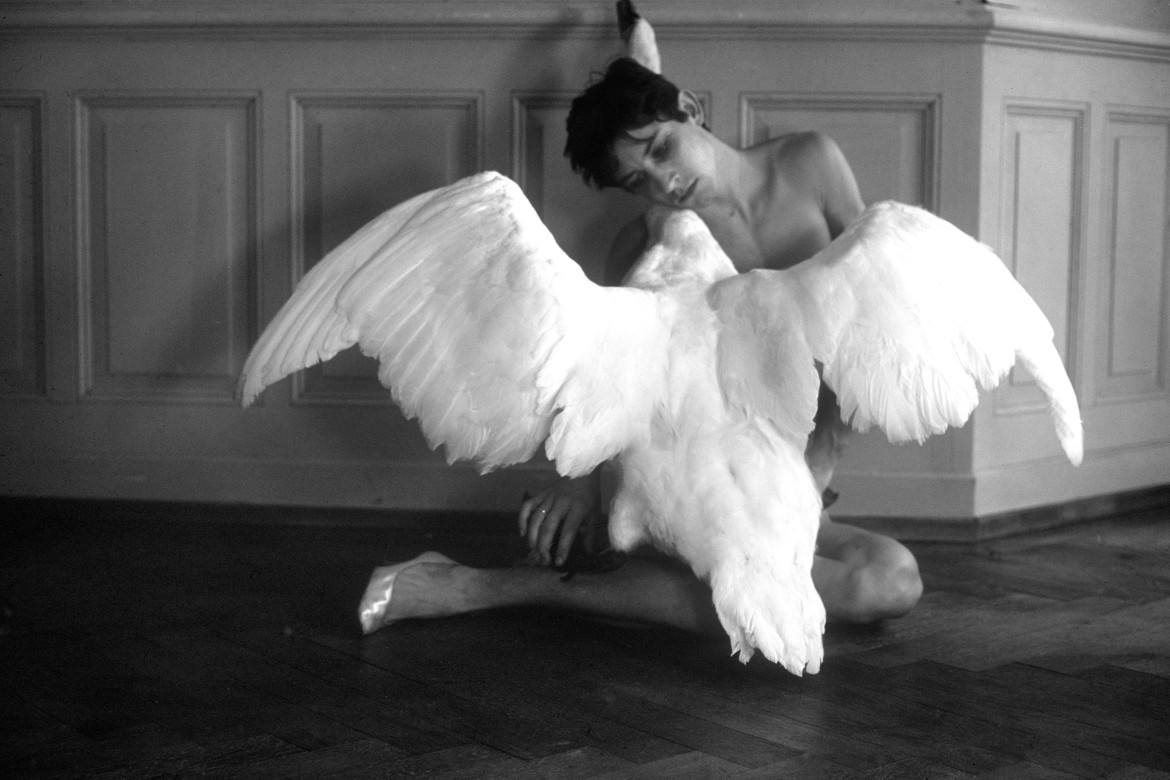 The Japanese Influence in works of Luciano Castelli 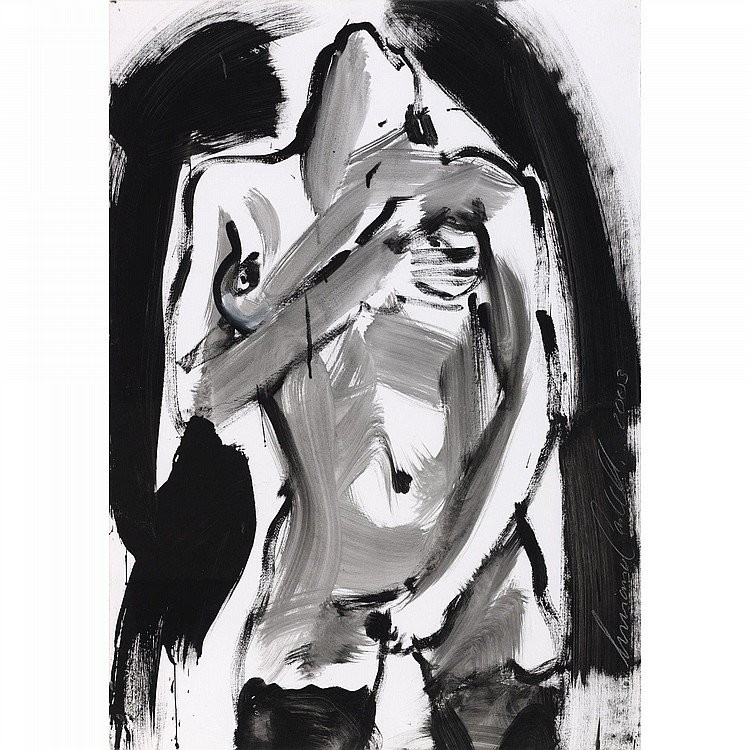 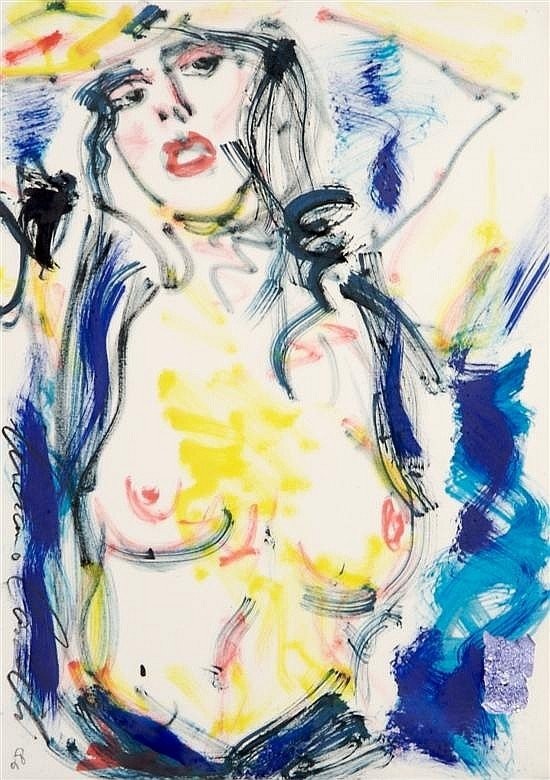 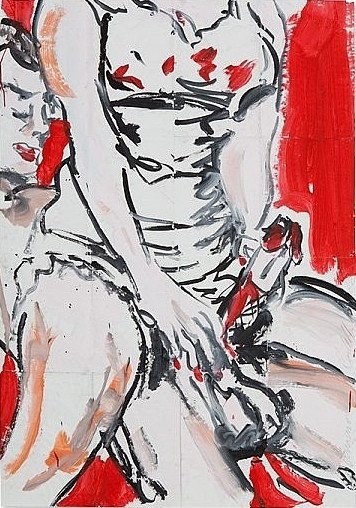 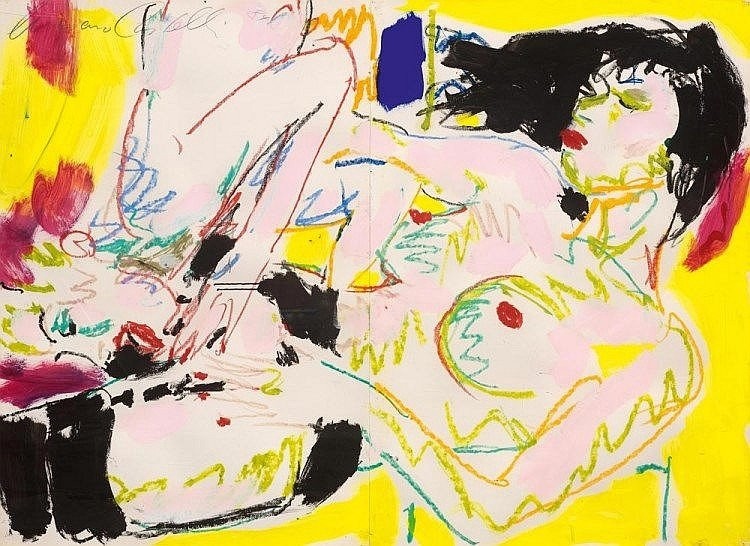 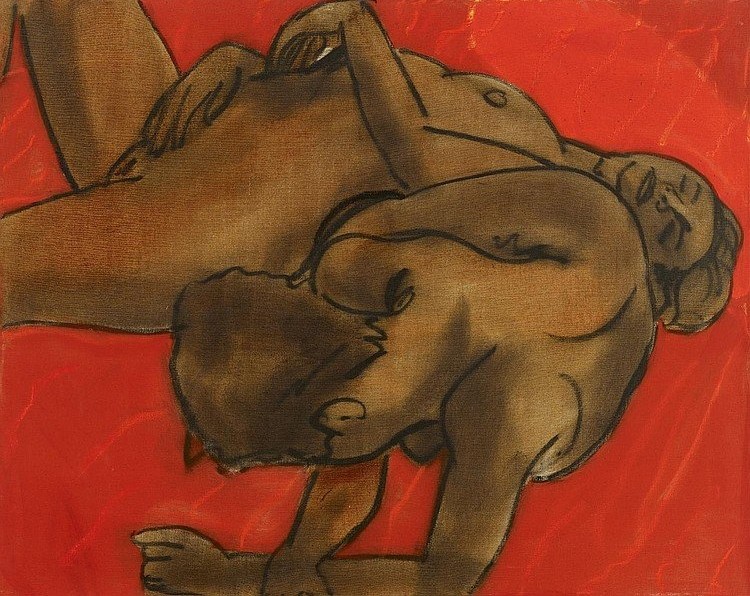 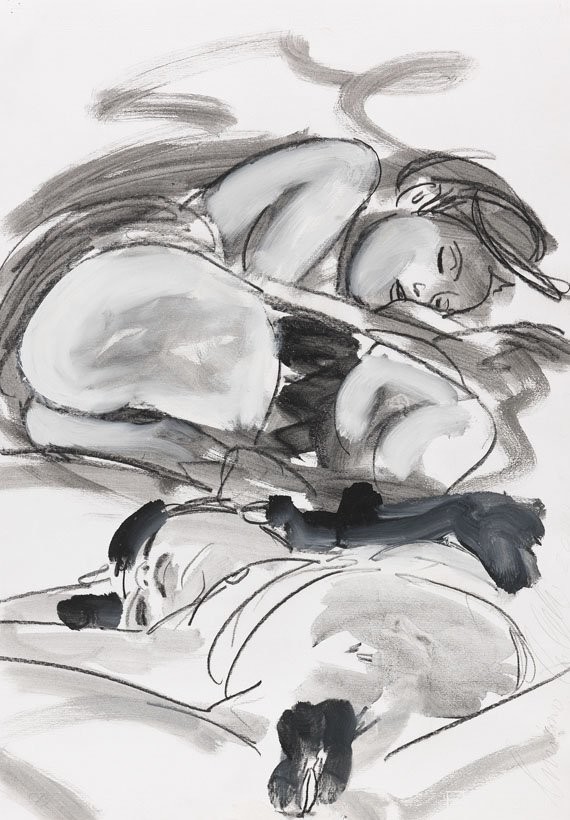 Among these sensual paintings, we find several depictions of Japanese or Chinese women. The oriental theme appeared in his paintings during the Geile Tiere period. 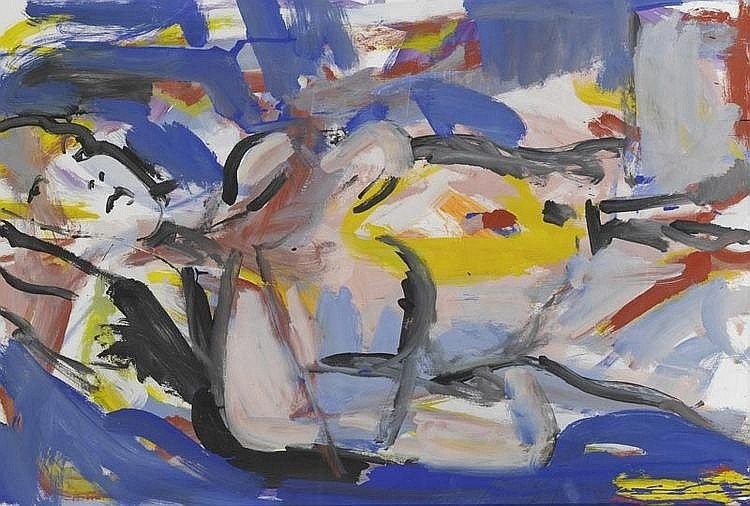 The Bitch and her Dog

The interest for the Japanese aesthetic reached its’ peak in 1981 when, together with Salome, he did a performance The Bitch and her Dog, playing a dog, while Salome was playing a geisha. A year earlier, Castelli made few self-portraits in a Japanese style. 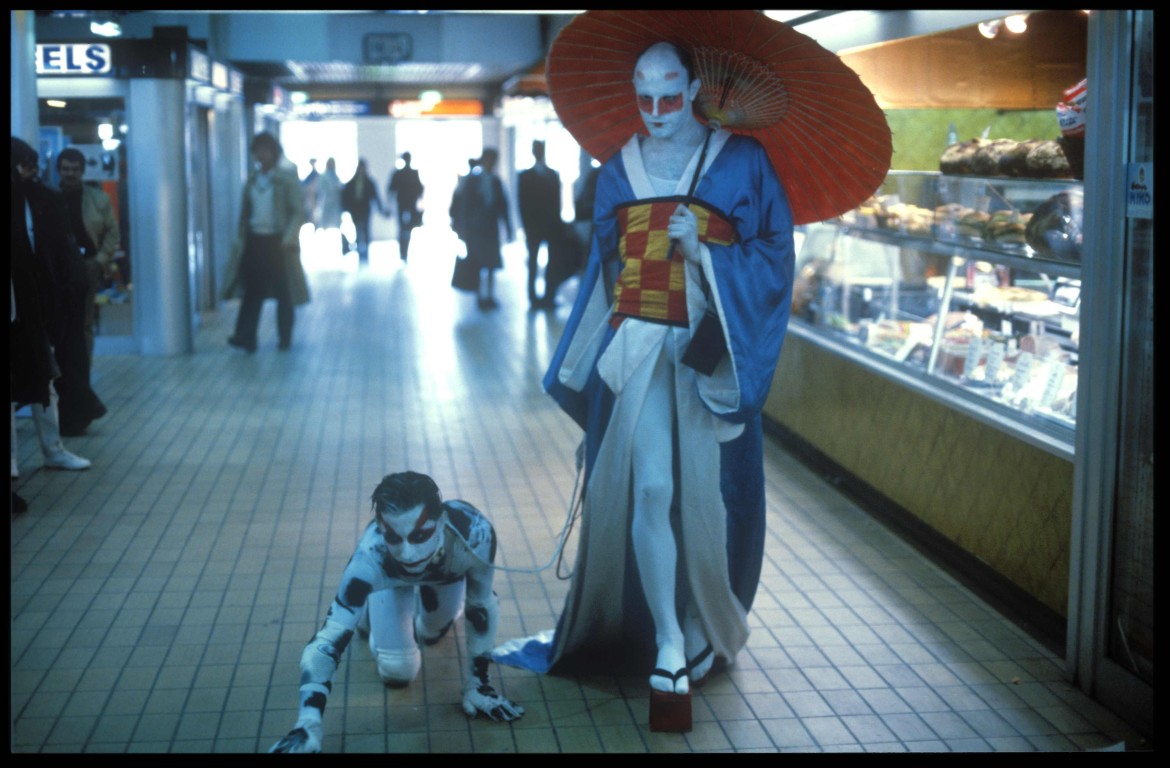 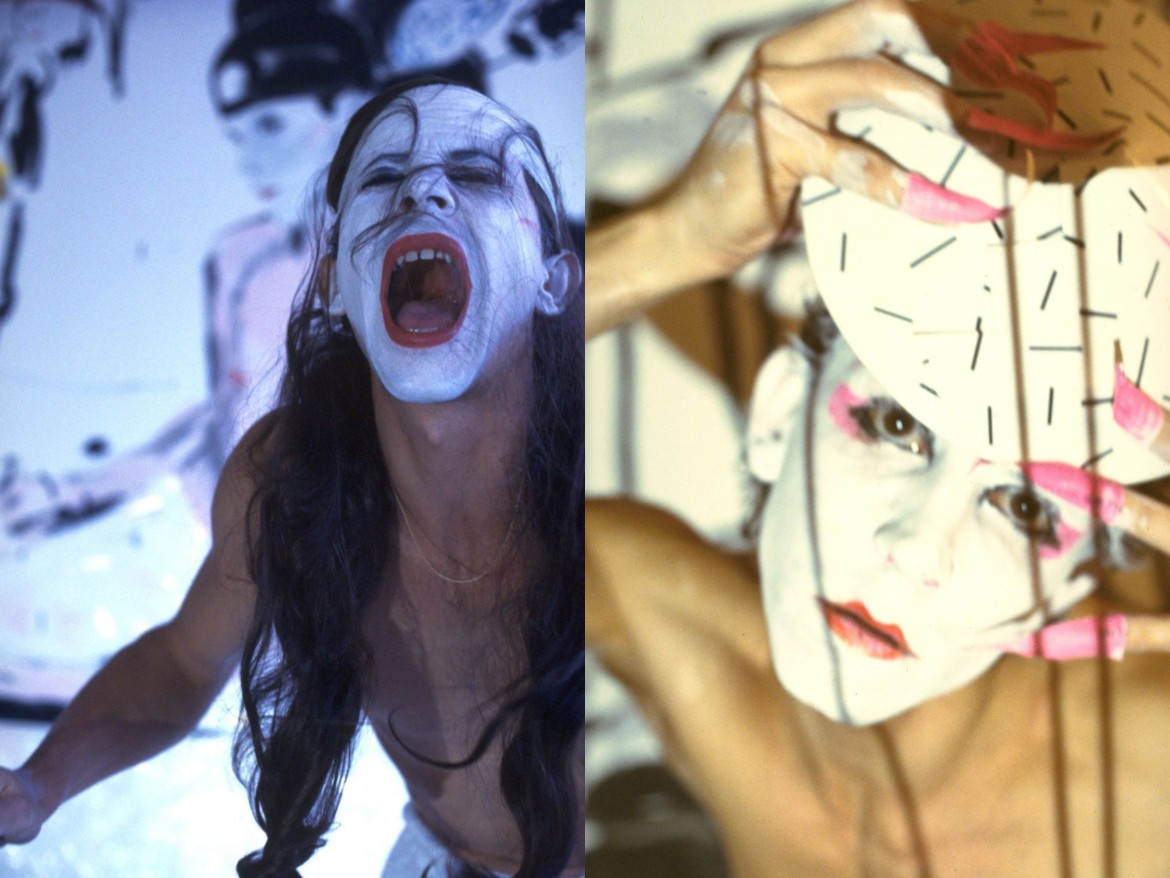 The depictions of Asian girls, which Castelli’s been drawing since the 1980s til now, include bondage theme. His ability to build an expressive image with several sharp lines is quite remarkable. To be familiar with his photographs, sculptures, performances, and paintings means to take a short course in Western avant-garde, as Castelli’s works combine all main features of the art of the 20th century: brightness, expressionism, eroticism, exoticism, and blurred gender. 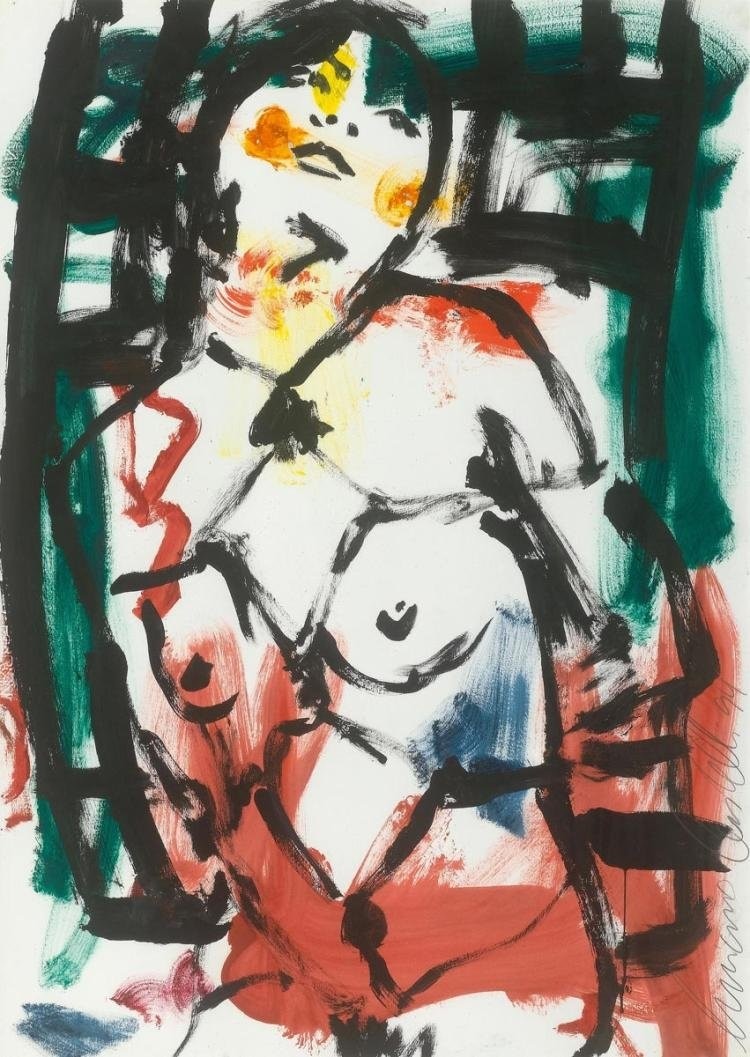 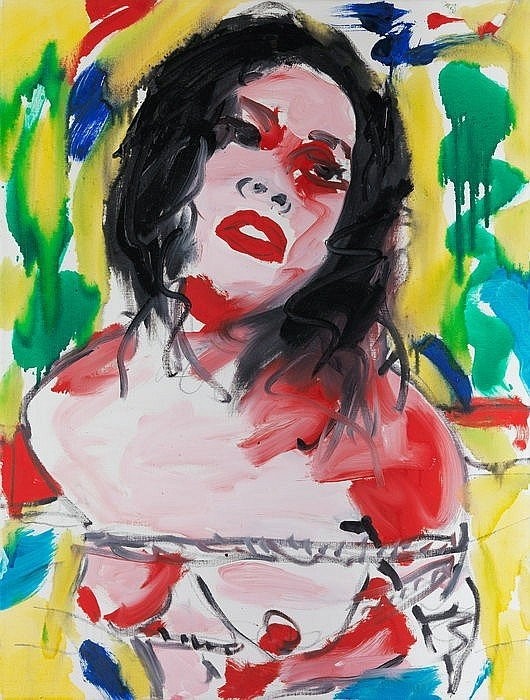 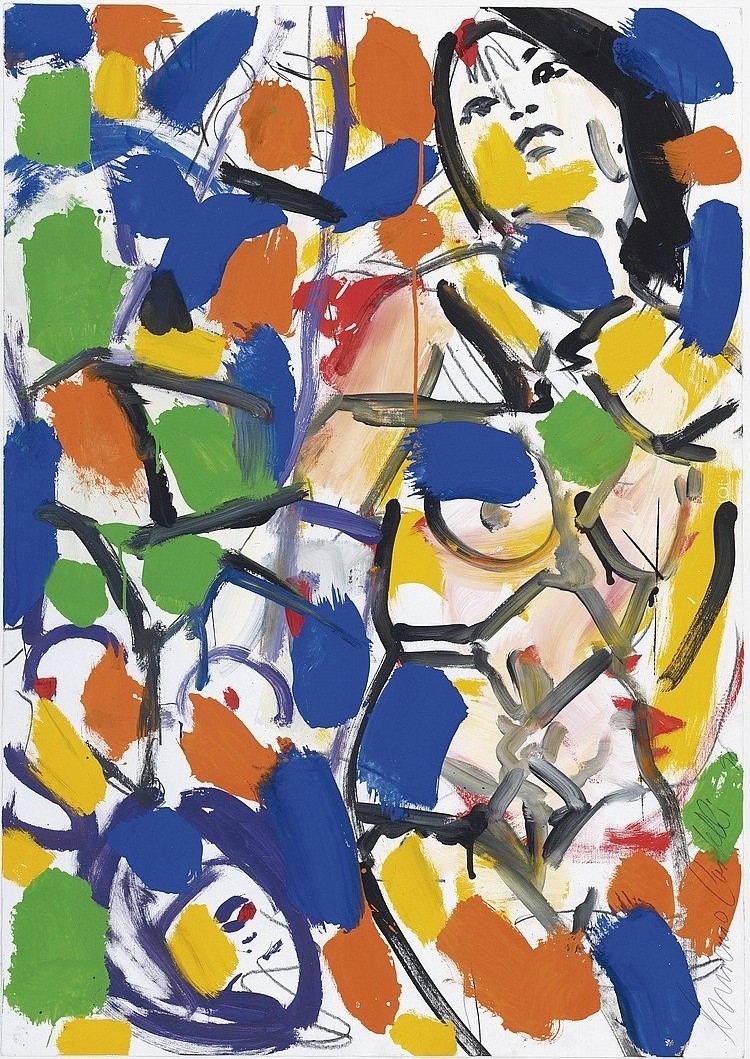 More information about this artist you can find at lucianocastelli.com.

You can check out some fascinating articles on bondage art in the shibari section….!!

Are you a fan of Luciano Castelli’s art? If so, what appeals to you? Leave your reaction in the comment box below….!!

The Memorable Body of Venus in a Book by Eluard, Clergue and Picasso
28 mei 2020
Place comment