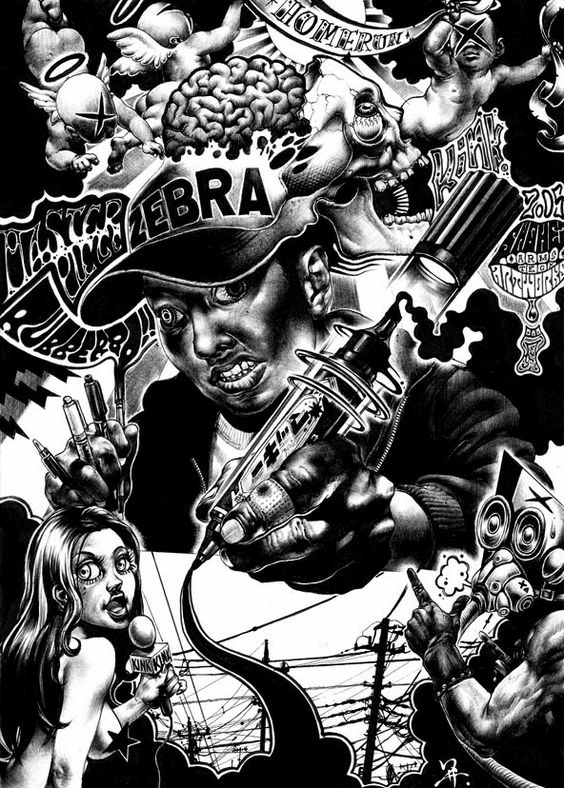 Love For the Ballpoint Pen

Shohei already started drawing in his infant years. Although he is the son of the famous manga artist Katsuhiro Otomo (best known as the creator of Akira), the latter did not directly encourage him to become an artist. Still he attended the Tama Art University, where he studied oil painting. Later he switched to ballpoint pens to create ink art, initially as a cheaper alternative to oil paints but later he was especially attracted by the strong concentration required in working with this medium. When asked in an earlier interview with a Japanese magazine why he loves. using a ballpoint pen, he replied, 'It is precisely because it is difficult to control! First, it is easy to leak ink, secondly, the amount of ink flowing out is not stable, and thirdly, once the pen is put down, it can't be wiped off.' 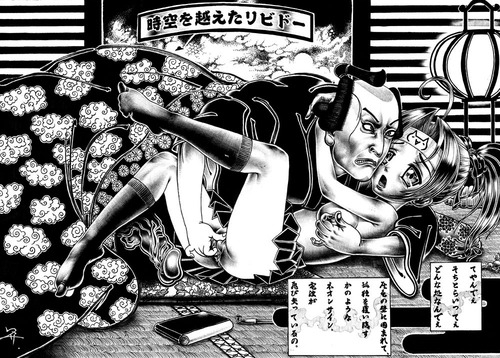 Shohei's illustrations are hyperrealistic and offer a discordant mixture of images of traditional Japanese motifs and character manga, fused with twisted thematic elements of violence and vulgarity. He uses only red, black and white, inspired by the color combination's use in ancient Japanese makeup: "the only colors used were red, black, and white: red lipstick, black teeth—Japanese women used to paint their teeth black (ohaguro)—and white powder. Black is also more infallible than other colors when painting. Mistakes are easily revealed on the paper, so he is more cautious and nervous when creating, but he likes this feeling of tension. One mistake and you can start all over. His precise way of working ensures that he spends up to a month on one illustration. 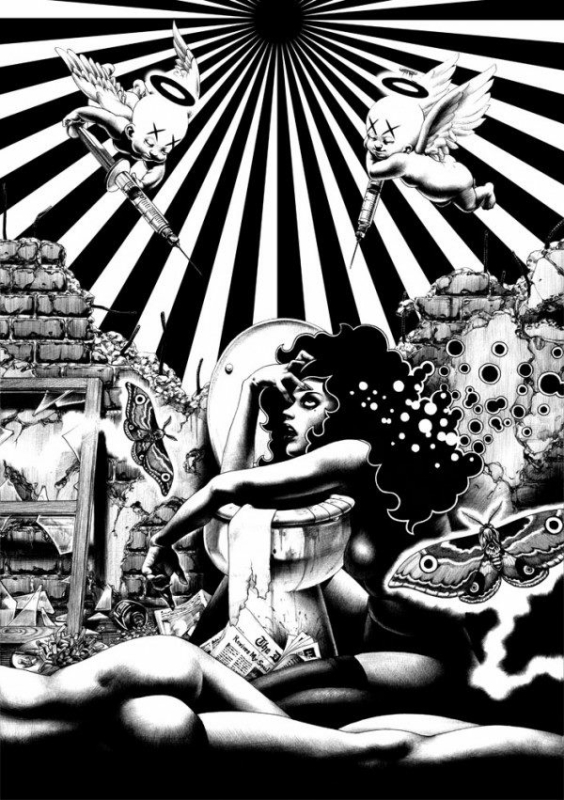 The subject matter in his illustrations varies — highlighting archetypal youth, punk, anime, samurai, and geishas. his work is sensational and daring, frequently illustrating belligerent scenes, revealing commercial culture, or deep underground autochthons. in a realistic way. It's Shohei's goal to illustrate today's Japan with the eye of an outsider and from an international perspective. This in order to convince a global audience, as he still believes, that Japan really is an amazing country. 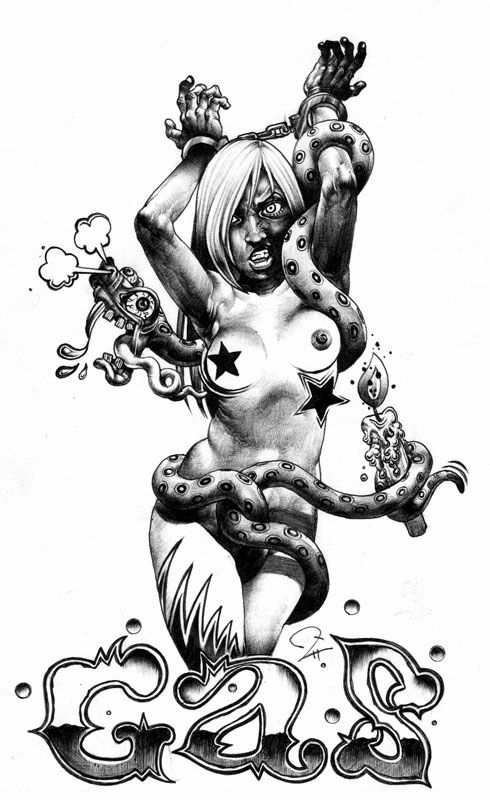 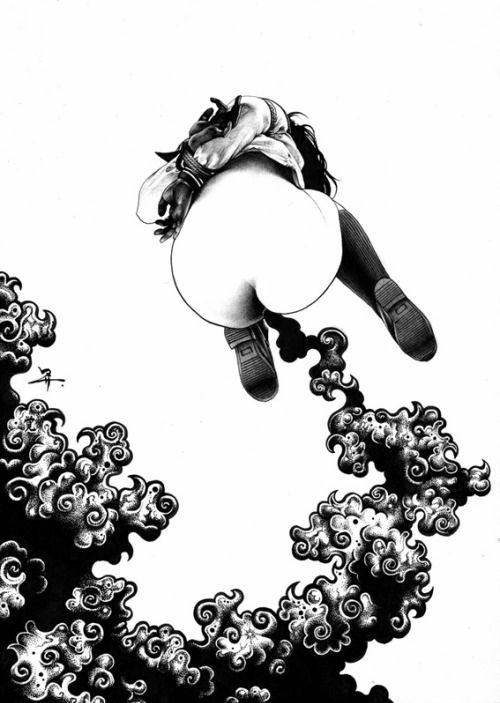 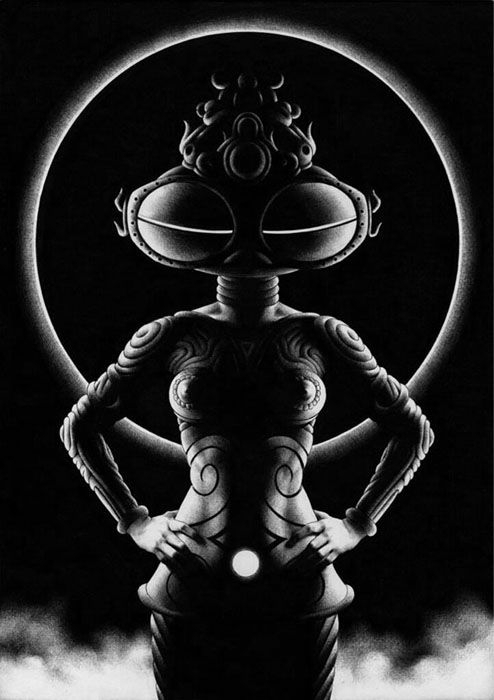 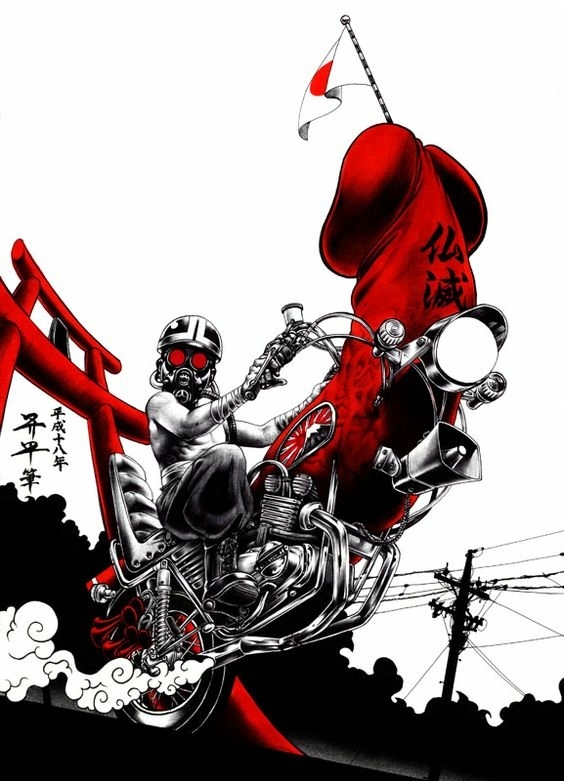 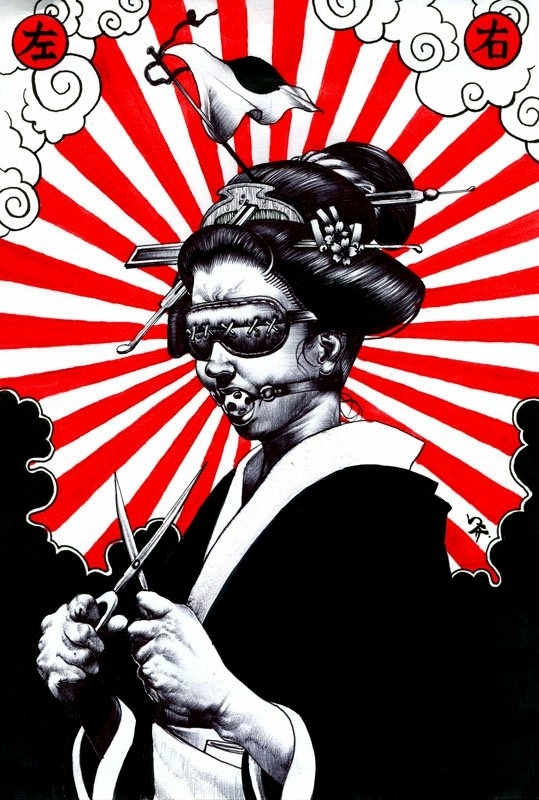 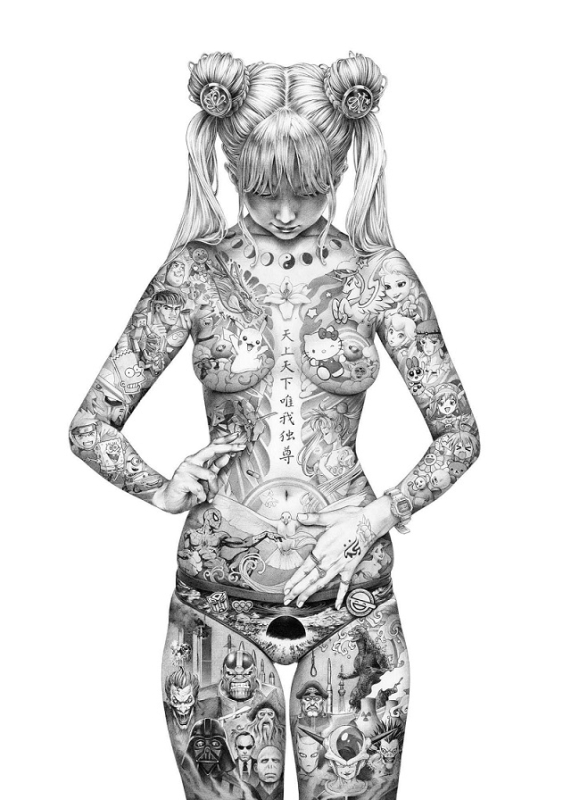 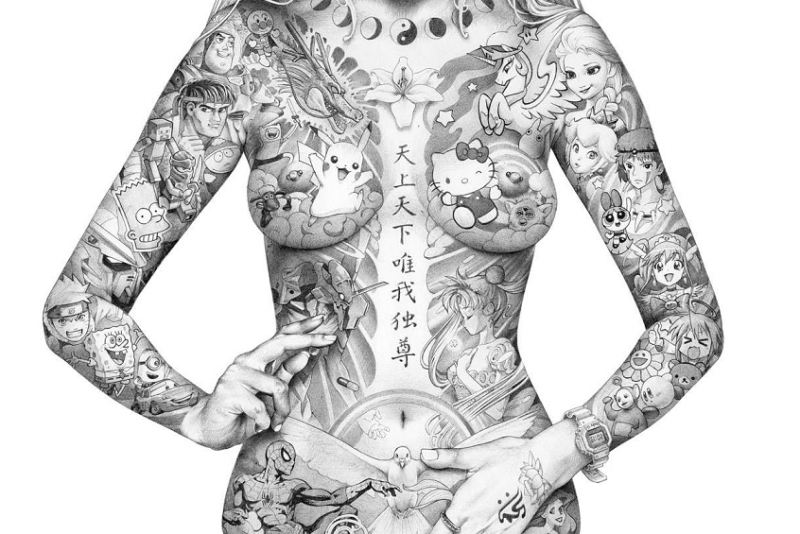 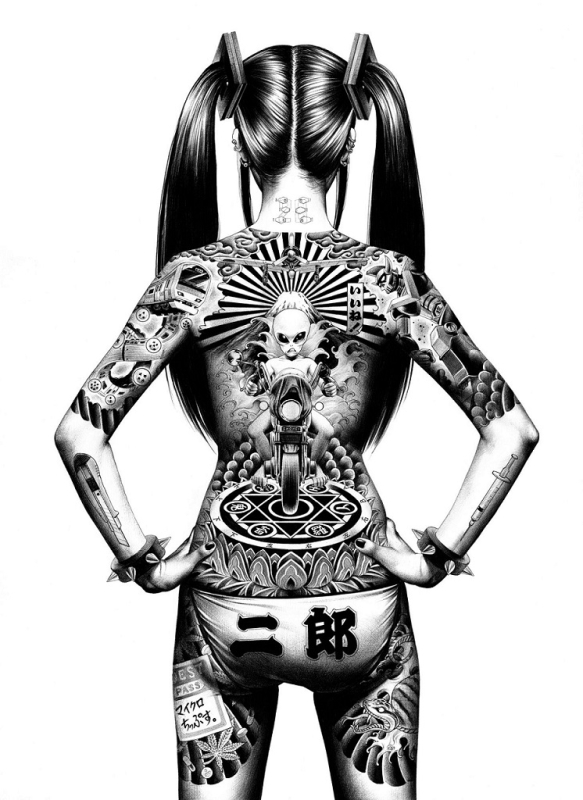 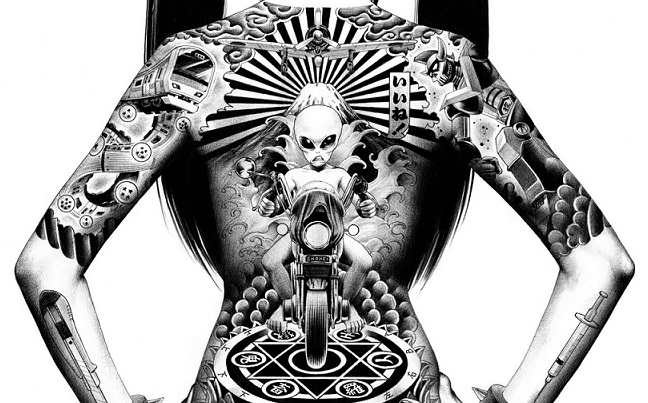 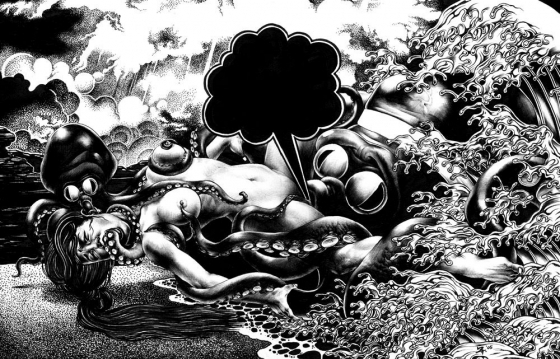 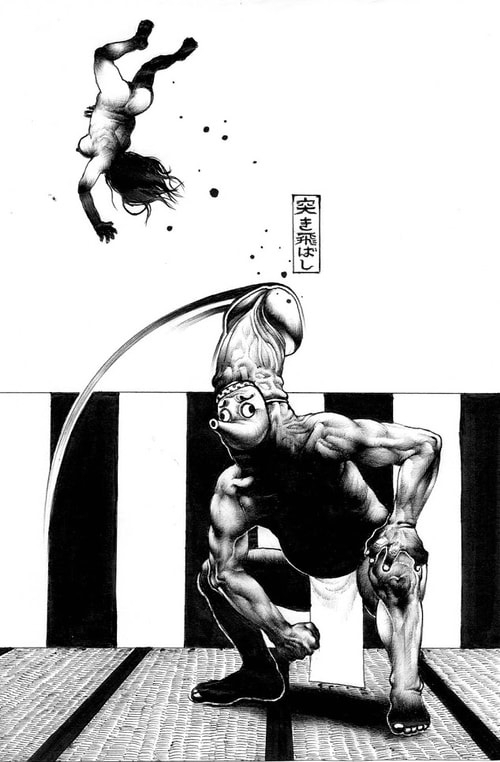 The following video offers a nice profile on Shohei Otomo...

In Premium you can check out a version of this article with additional info and twice as much images...!!

* Usobuki is a specific kind of Noh theatre mask with an exaggerated expression. The name of the mask can be interpreted several ways: an expression of innocence, whistling, or blowing on a fire are several of those. The crossed, bulging eyes, the puckered protruding mouth and up turned whiskers all contribute to a sense of the absurdity of life. Actors wearing usobuki masks can represent both human characters and the spirits of animals and fragile insects such as moths mosquitoes and cicadas.

What do you think about Shohei Otomo's ballpoint pen art? Leave your reaction in the comment box below....!!

Top 22 Comics From The Issues of Iconic Bizarre Sex Magazine, Part One
14 november 2022